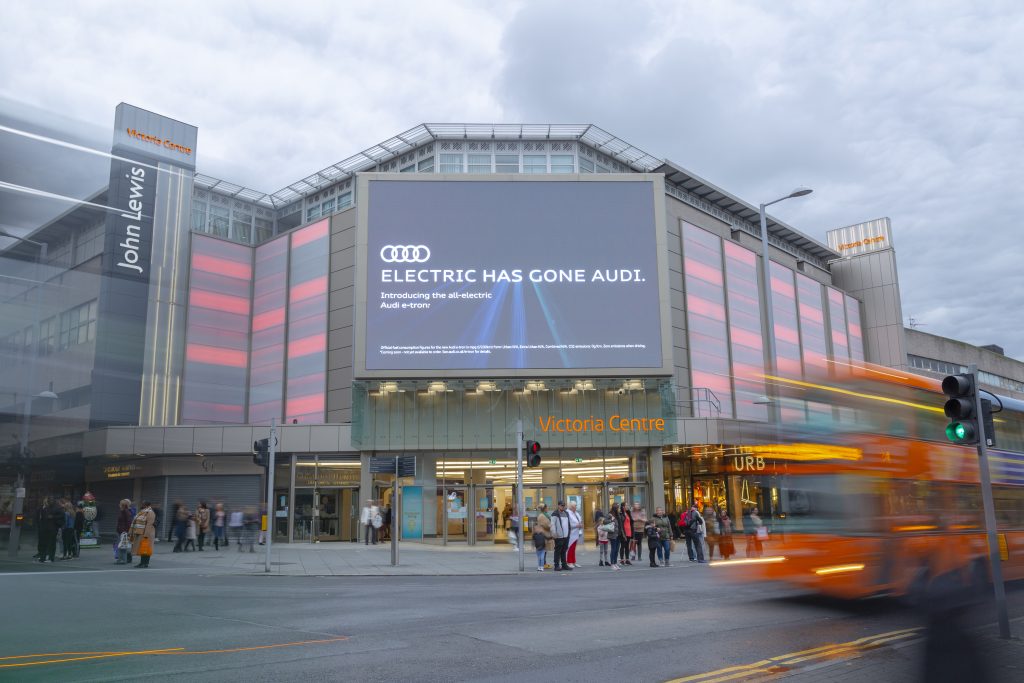 More than 1,000 gold vinyl ‘50s’ have officially been removed from the exterior of Victoria Centre, bringing its big 50th birthday year to a close.

The past 12 months have seen a series of special events at the Nottingham shopping destination to commemorate the landmark occasion.

Celebrations started early in 2022 when over 300 archive photographs were uncovered and hundreds of memories were submitted by people who shared a connection to the centre, helping the team to reflect on its five decades in the city. Some of those people and their memories also took centre stage in the centre’s 50th birthday advertising campaign.

2022 proved to be a record-breaking year for the centre and its free seasonal family events, clocking up almost 50,000 combined visitors to both its Victoria Beach and festive Glow Room installations.

Reflecting its place in the heart of the city, Victoria Centre continued to support local charities throughout its 50th year. Thanks to the generosity of shoppers, more than £23,000 was raised for the centre’s chosen charity, Hope Nottingham. The centre is also committed to supporting the Nottingham-based foodbank provider throughout 2023.

Putting the people of Nottingham at the centre of the celebrations, over 28,000 photographs were also taken for the centre’s Wall of Fame – racking up an average of 132 photographs per day and making it one of the centre’s most sought-after attractions. The photographs joined together to reveal hidden iconic images of the city, including the Left Lion, City Ground and Victoria Centre in 1972.

In 2022, the centre also appointed its very own ‘retail advisor’, social media icon Charity Shop Sue, to ensure the centre and its teams were prepared ahead of its anniversary celebrations. Sue’s ‘work’ at the centre amassed a total of 3million views on Victoria Centre’s social media channels.

The birthday celebrations were in full swing on 9 November (the centre’s official birthday), when shoppers were treated to goodie bags filled with retailer treats, a giant cake in the shape of the Clocktower and the singing of ‘Happy Birthday’ by the Tuneless Choir.

“2022 was an historic year for us. Reflecting on the events of our 50th anniversary gave us the perfect opportunity to look back and see how far we’ve come in those five decades.

“It’s been fantastic to see how the events of the last year were received by our shoppers; many of whom enjoyed the ten tonnes of sand at our indoor beach and strolled along the 30,000 LED lights at our festive Glow Room. And to have reached record-breaking visitor numbers during our birthday year, topped off by raising an incredible sum of money for Hope Nottingham, really just makes the successes of 2022 even sweeter.

“We now look ahead and I’m excited to reveal what we’ve got in store for our shoppers in 2023 – watch this space.”