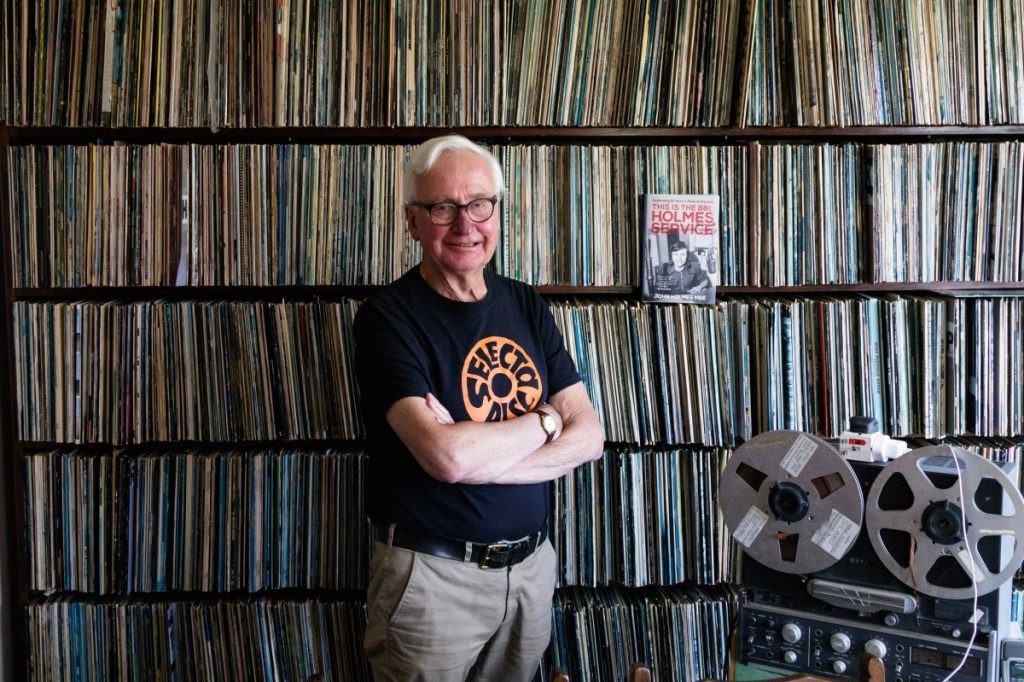 Having spent fifty years in the broadcasting industry John Holmes MBE has built up an impressive collection of Vinyl that holds a lifetime of memories: from when he met Stevie Wonder to when he missed Jimi Hendrix because of a promise with a girl!

“The idea of the record club – “A Pint and a Half Of Vinyl”- happened when I started to write about these stories through my autobiography and social media – people began to share their love of vinyl with me, and what each album meant to them – the good and the bad – so I decided to create a monthly record club – similar to a book club – where people could meet up – bring their vinyl, share their stories and have a listen.  And of course have a pint and a half or two!”

“Teaming up with Castle Rock Brewery for the record club is a perfect match as both music and pubs bring people together.  The Brewery’s support of the research into how pubs can tackle loneliness highlights yet again that our communities need spaces to connect and opportunities to socialise.  I hope the record club connects people of all musical tastes and all generations!”   John Holmes MBE

The record club launches on the 5th October at 19.30 at Barley Twist, the latest addition to Castle Rock Brewery’s 16 Pub estate.  Located on Carrington Street in the city centre – some may remember it as a sweet shop although it is now renowned for it’s huge craft beer selection and monthly comedy nights!

Each month, working through the alphabet , John will bring his favourite records of that letter accompanied by his lifetime of showbiz stories – and invites you to bring your favourite albums too.   So which A is your favourite? ACDC, ABBA, Aerosmith, Arctic Monkeys, Amy Winehouse, or A…another?