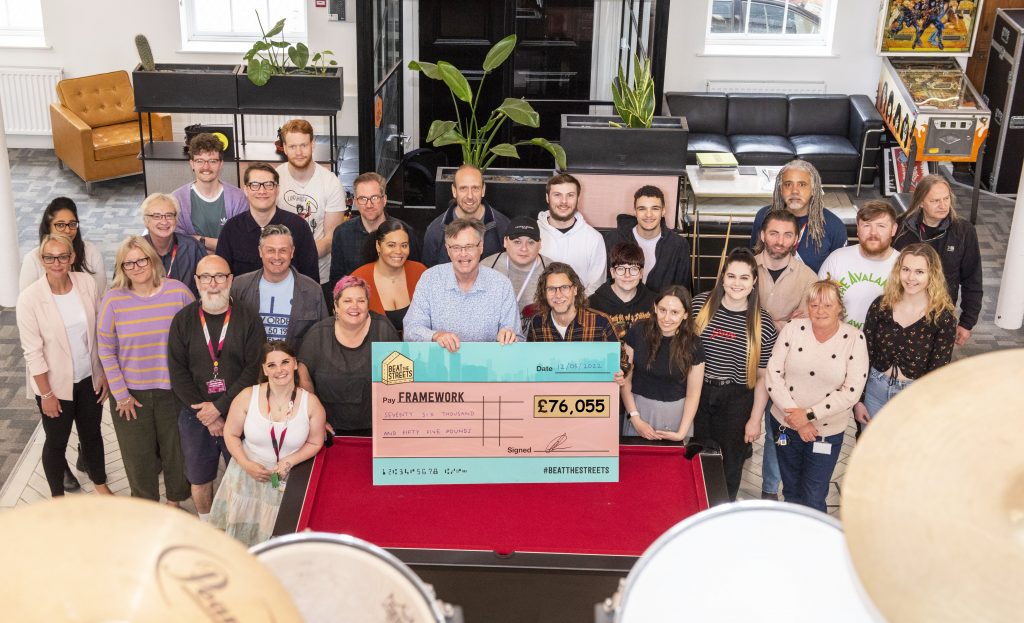 Beat the Streets, the charity festival set up in response to the growing number of rough sleepers, is in the running for a national title as the festival that has made the greatest community impact

Decided by an industry panel, the festival that is judged to have had the biggest Community Impact will be announced at the UK Festival Awards on 6 December.

Since launching in 2018 following an approach by DHP Family’s managing director George Akins to the charity Framework to find out what his company could do to help, Beat the Streets has raised £320,000.

The festival’s fundraising has enabled Framework to carry out vital work including taking on mental health workers to support rough sleepers with complex needs, enabling its emergency winter shelter to stay open all year round taking vulnerable rough sleepers off the streets and helping to open Mechanics House, which provides accommodation and resettlement support.

“We are thrilled to hear that DHP’s brilliant Beat The Streets festival has been nominated for the UK Festival’s prestigious Community Impact Award. The nomination is a tribute to everyone at DHP Family who has been involved in creating and developing this event since 2018. Congratulations!

“From the outset Beat the Streets has been a hugely popular focus for those in and around Nottingham who are raising awareness of homelessness and encouraging the public to contribute towards tackling it. We must also acknowledge the contributions by hundreds of bands, solo artists, technicians, stewards and administrators who have so generously given their time and talent. Without them Beat the Streets, and this nomination, would not have been possible.

“Beat the Streets has become Framework’s largest fundraising event organised by a corporate partner. Raising hundreds of thousands of pounds towards accommodation, specialist support and resettlement work it has motivated other partners to join the effort, thus further enhancing the scope and effectiveness of responses to homelessness and rough sleeping. Hundreds of very vulnerable people have benefitted from interventions that respond to their individual needs”

Legendary Nottingham folk-punk band Ferocious Dog will headline next year’s Beat the Streets on 29 January 2023 . The band are long-time supporters of the festival, having performed at the inaugural event in 2018. They are known for their support of homeless charities, regularly encouraging fans to bring foodbank donations to their shows up and down the country

“We’re honoured to be asked back four years later to play Beat The Streets and are looking forward to a fabulous day of music. It’s a massive bonus to us, as a local Nottingham band, that it’s to help the homeless people of our community. We’ll give it our all on the day!”

DHP festival booker Joseph Patten said: “Beat The Streets is such an important event for us, the team behind the festival are passionate & dedicated to putting on an event that really helps our community. We are all ecstatic that our total now stands at £320k+ and that we’ve been recognised for this work with a place on the shortlist for this award. We’re excited to see where we can get to after our next event, especially with long-term supporters Ferocious Dog as our headliners.”

As well as donating all the ticket income and bar spend, more funds are raised through the sale of specially created merchandise and a tombola, as well as encouraging donations to a food bank on the day.

The UK Festival Awards Community Impact is new for 2022 created to recognise those festivals that work to actively raise funds or provide opportunities for their communities. Also in the Community Impact category are Black Deer, Elderflower Fields, Shambala, Tramlines and Truck Festival.

To find out more about the brilliant work Framework do head to www.frameworkha.org