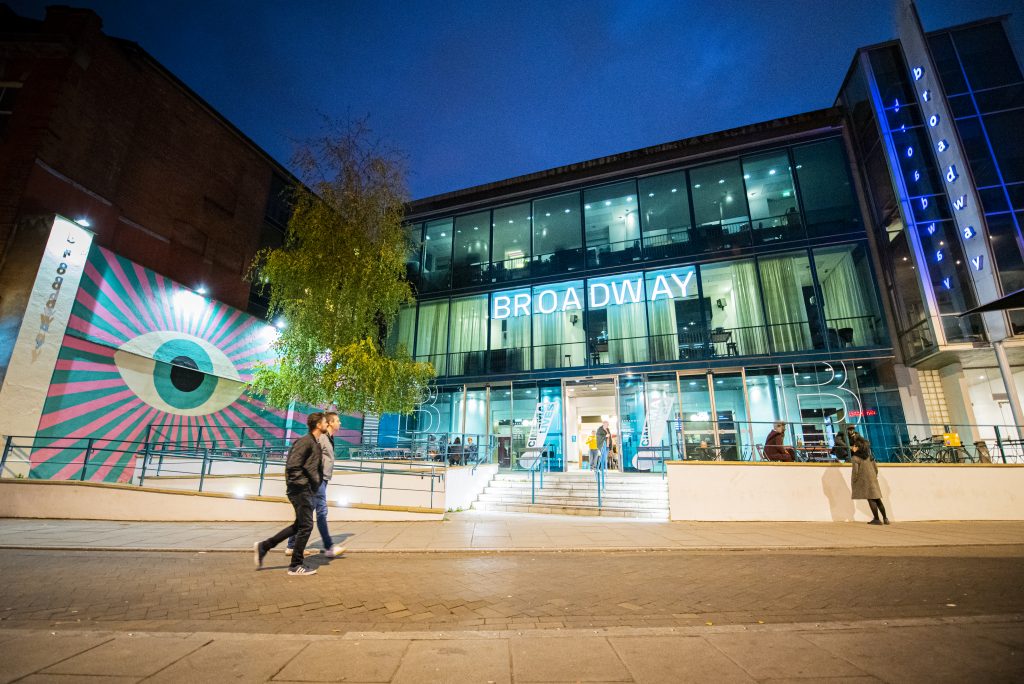 Broadway Cinema in Hockley has launched a Christmas raffle that gives film fans the opportunity to win free cinema tickets for a year, as well as a pair of priceless Paul Smith cinema seats.

All funds raised from the raffle – with 12 prizes in total – will support Broadway’s continued recovery from the financial impact of the Covid-19 pandemic after an almost two-year period of uncertainty for the cinema, with enforced Covid closures from March 2020 to September 2020 and December 2020 to May 2021.

One lucky customer will win free cinema tickets for a year, giving them the opportunity to enjoy a new release on the big screen at Broadway every week in 2022 – for free. A pair of original Paul Smith seats is also up for grabs – Broadway’s iconic pinstriped seats were replaced with an updated Paul Smith design with increased comfort in 2019, and now one customer will own a piece of the independent cinema’s history. Director of Marketing and Communications at Broadway, Stewart Terry, explained the thinking behind the raffle: “This year has been extremely difficult for the arts, and venues like Broadway have relied on the invaluable support from film lovers in the East Midlands. When our previous Christmas raffle was so well received, we couldn’t pass up the opportunity to do it again in 2021 and give our supporters – or anyone else for that matter – a chance to win uniquely Broadway prizes.”

The previous raffle in 2019 offered up a pair of Broadway’s iconic Paul Smith seats as the star prize, but this year, Broadway has thrown an extra proposition into the pot too. Stewart Terry added, “We’re still giving people the chance to win a pair of Paul Smith seats, but we want everyone to know that cinema lives so we’re offering the chance to win free cinema for a year.”

With new releases such as Licorice Pizza, Nightmare Alley and Parallel Mothers to look forward to in early 2022, Broadway expects this year’s fundraising raffle to be a huge success. Tickets are £2 and are now available online at broadway.org.uk/raffle or in person at Broadway’s Box Office. Broadway’s Christmas Raffle closes on Friday 7 January. Winners will be selected on Monday 10 January.