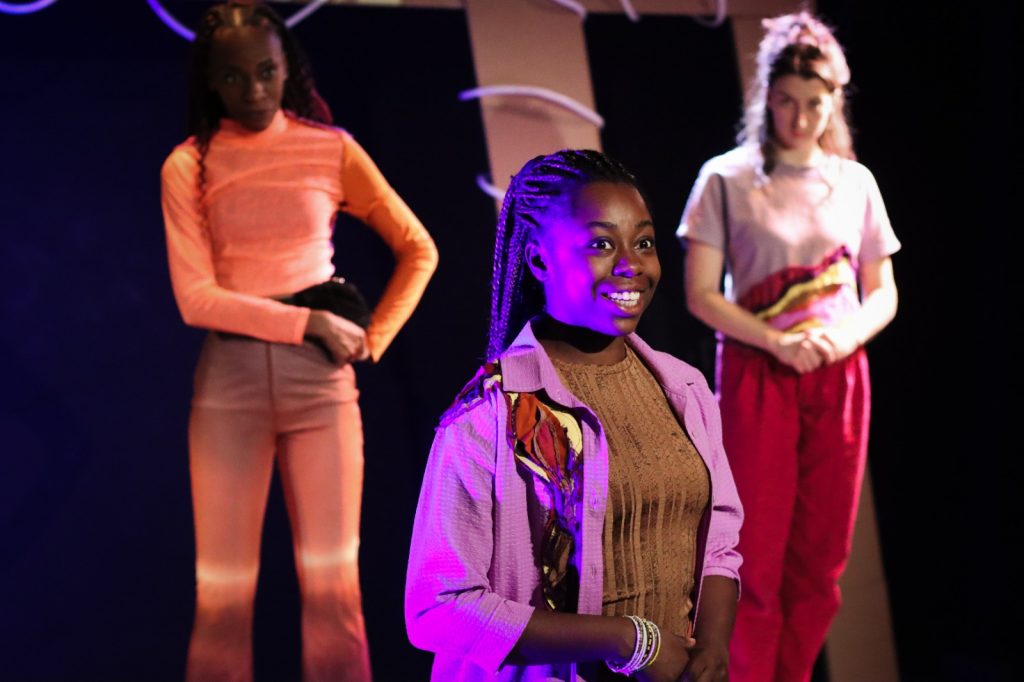 Nonsuch Studios, Nottingham’s independent theatre & creative venue is thrilled that the UK’s first carbon-neutral theatre company, Pigfoot, are coming to Nottingham for the very first time with their show HOT IN HERE which is powered by the World’s first energy-harvesting dance-floor in live theatre this October.

A protest. A theatre show. An energy-generating dance party. HOT IN HERE celebrates action taking place around the world for climate justice.

Developed from conversations with climate activists across the globe, HOT IN HERE uses dance, real-life stories, spoken word, and music to share the action taking place internationally against climate injustice, and the UK’s place within it.

The show is powered by the first energy-harvesting dancefloor in live theatre, internationally – converting the collective energy of the performers’ bodies into electricity to power the lights in the show. So, whilst one person moving or dancing can generate a small amount of energy, a group of people moving together can generate much more power. In much the same way, individual actions have a small impact in reducing carbon emissions, but collective action – or many people taking the same action – can create a significant, tangible shift in how our society operates.

The show is also happening alongside a project being led by Nonsuch Studios’ community practitioners who are creating inspirational new theatre with some of Nottingham’s most talented 11-18-year-olds. Over the course of the week, supported by Nottingham City Council’s Holiday Activity Fund, young people from across the city will work with Nonsuch Studios’ Team, Pigfoot and professional artists to create their own dramatic response to the show.

Pigfoot will also be leading a post-show discussion on the Wednesday evening performance which will be led by a young climate activist from Nottingham, looking at how the show relates, reflects and challenges climate action projects in Nottingham, with a particular focus on Nottingham’s ambition to be the UKs first Carbon Neutral City by 2028.

“We’re so excited to be welcoming Pigfoot to Nottingham for the very first time. At Nonsuch Studios, we work tirelessly to bring the best new theatre to Nottingham as our city’s only independent fringe theatre and also do so in a way that is as environmentally responsible as possible; so HOT IN HERE is the perfect show that brings together these two key strands of our work together, with this amazing world-first performance.”

Made in collaboration with young people taking action at the frontlines of the climate crisis, predominantly in the Global South and nearest the Equator.

Co-produced by Pigfoot and Gate Theatre, commissioned and supported by Camden People’s Theatre.

With support from English Touring Theatre (ETT), ‘I’ve Got An Idea’ Fund, ARC Stockton, The Lipman-Miliband Trust and The Golsoncott Foundation.