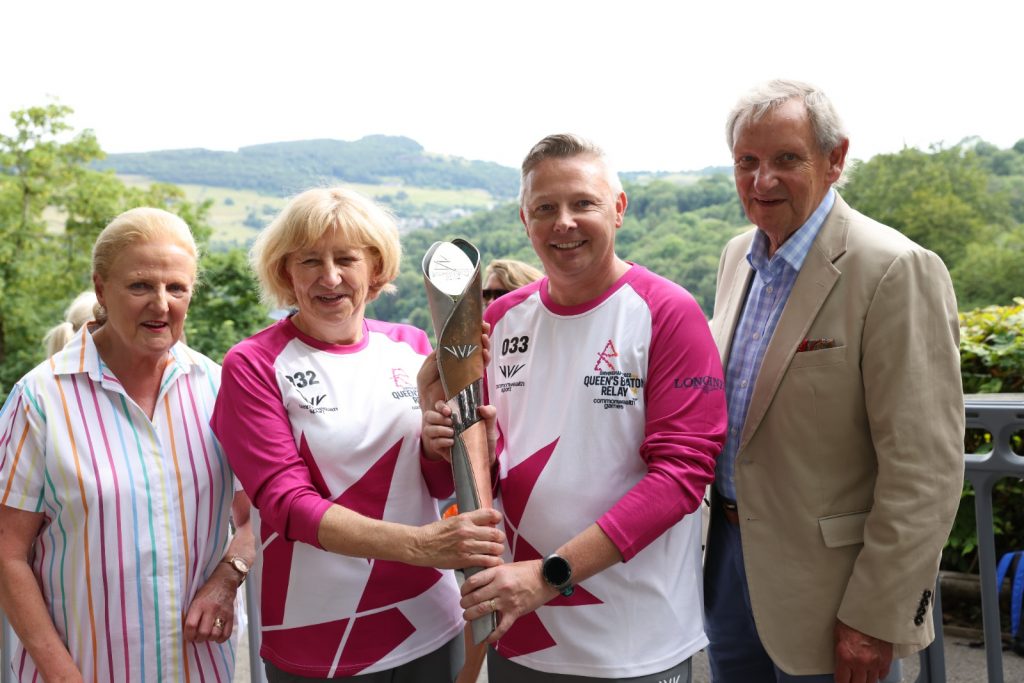 The Queen’s Baton arrived at the cable car base station at 4.35pm and was carried by Shirley Smith of React* who boarded the cable car to take the flight across the spectacular Derwent Valley to the visitor centre at the summit. Once at the top (4.49pm) Shirley was welcomed by Andrew Pugh (Chairman of the Heights) and Vanessa Pugh, before handing the baton over to Stephen George of e.on* who then completed a circuit around the iconic Victoria Prospect Tower and back down to Matlock Bath via the cable car.

The event was watched by visitors to the Heights, which included local school children from Matlock Bath primary school as well as international holiday makers and day trippers eager to catch a glimpse of the Queen’s Baton as part of their visit.

“It is a huge honour to welcome the Queen’s Baton to the Heights, and we are delighted that this special stop-over was included in such a historic relay across the entire Commonwealth. In 2012 we welcomed the Olympic Torch here, but I think this event is even more special, coming in the year we celebrate the Queen’s Platinum Jubilee”.

Andrew went on to say;

“It is especially significant that the Queen’s Baton travelled around the Victoria Prospect Tower, which was built in 1840 to recognise the royal visit of Princess Victoria to Matlock Bath. The Heights has always had one foot in a rich historic past and the other in modern hospitality and state of the art engineering, and somehow the relay managed to make those connections perfectly during its short visit today”.