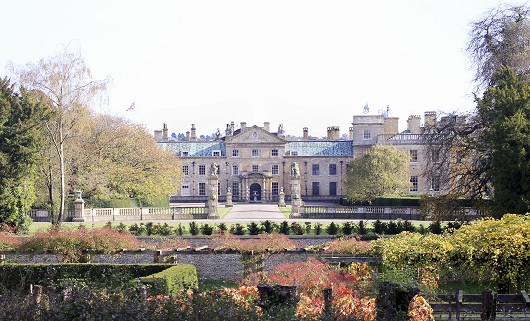 Welbeck Abbey will open its doors to visitors over three seasons this year, giving
unprecedented access to this stately home.

Now taking place in Spring, Early Summer and Late Summer, the Welbeck Abbey State
Room Tours offer visitors the opportunity to see the beautiful interiors at Welbeck Abbey.
The guided tours include six of the State Rooms that were used to entertain royalty,
dignitaries and politicians.

Highlights from these rooms include a spectacular soaring Gothic plasterwork ceiling, the
vibrantly coloured, tapestry lined ‘Red Drawing Room’, and the De László room, named after
the famous society painter Philip de László who was a regular visitor.

The tours also include rooms used by the Cavalier and Royalist, William Cavendish in the
17th century. The tours lead through to an extraordinary curved corridor, library, and chapel –
regarded as the greatest decorative ensemble from the Arts and Crafts movement in an
aristocratic house in Britain.

As well as viewing the architecture and interior design in the Abbey, visitors will be able to
see works from the historic Portland Collection of art in situ. Works on show in the tour
include: