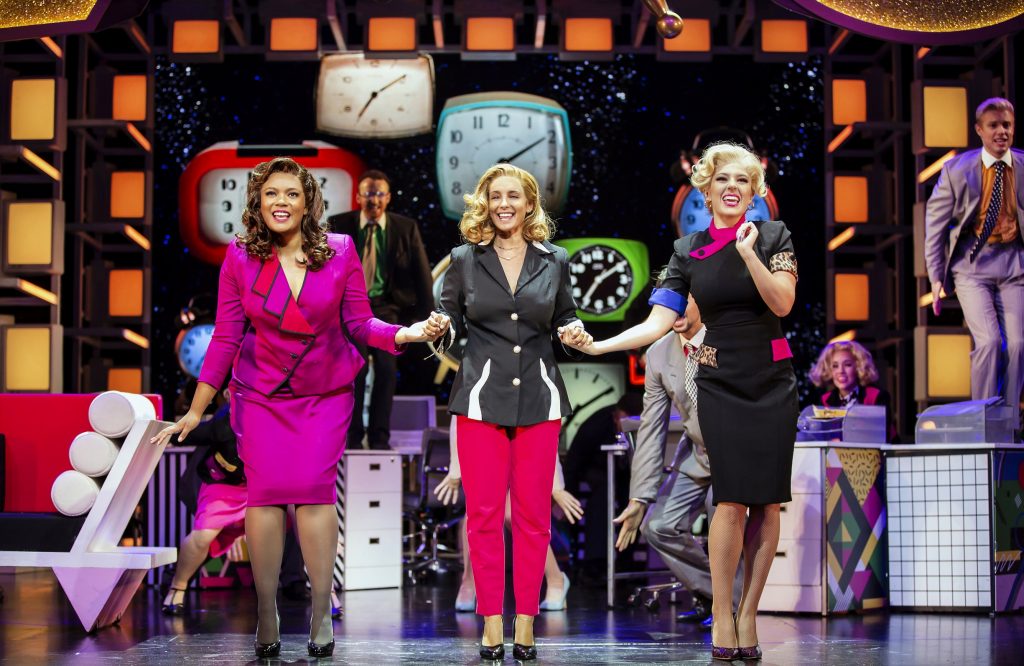 Louise Redknapp stars in Dolly Parton’s classic hit 9 TO 5 THE MUSICAL when the production visits the Theatre Royal Nottingham from Tuesday 26 to Saturday 30 October 2021.

Joining Louise Redknapp as ‘Violet Newstead’ will be Vivian Panka making her professional UK stage debut as ‘Judy Bernly’, Stephanie Chandos (9 to 5 The Musical – previously covering the role of ‘Doralee’, Hairspray and We Will Rock You,) as ‘Doralee Rhodes’, Sean Needham (Kinky Boots, Mamma Mia!, Wicked and Buddy) as ‘Franklin Hart Jr.’ – a role he played on many occasions in both the West End and on tour,  Julia J. Nagle (American in Paris, Aspects of Love, Dirty Dancing) as ‘Roz Keith’ and Russell Dickson (Evita) as ‘Joe’.

9 TO 5 THE MUSICAL features a book by Patricia Resnick, the legendary film’s original screenwriter, and an original Oscar, Grammy and Tony award-nominated score by country legend and pop icon Dolly Parton. It tells the story of Doralee, Violet and Judy – three workmates pushed to boiling point by their sexist and egotistical boss. Concocting a plan to kidnap and turn the tables on their despicable supervisor, will the girls manage to reform their office – or will events unravel when the CEO pays an unexpected visit? Inspired by the cult film this hilarious new West End production is about teaming up, standing up and taking care of business!

9 TO 5 THE MUSICAL is written by Patricia Resnick, with music and lyrics by Dolly Parton. It is directed by Jeff Calhoun, choreography by Lisa Stevens, design by Tom Rogers, lighting design by Howard Hudson, musical supervision, arrangements and orchestrations by Mark Crossland, musical direction by Andrew Hilton and casting by Victoria Roe.

9 TO 5 THE MUSICAL Original Broadway Cast Recording is planned for re-release via Dolly Records/Sony Music.

Based on the 20th Century Fox Picture. Originally produced on Broadway by Robert Greenblatt, April 2009.

9 TO 5 THE MUSICAL is produced by Ambassador Theatre Group Productions with Gavin Kalin Productions, Selladoor Worldwide and Glass Half Full Productions.