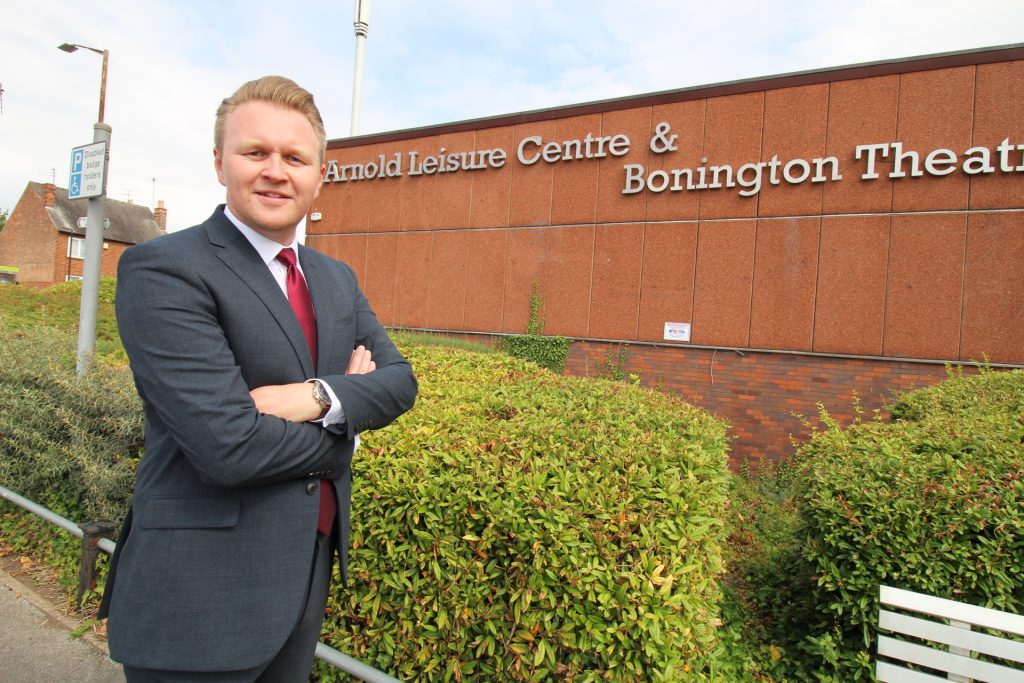 Gedling Borough Council will be submitting a funding bid for £50 million through the government’s latest round of ‘Levelling up’ funding. If successful, the money will be used to revitalise Arnold Town Centre.

The ‘Ambition Arnold’ bid lays out the council’s plans for investment in a new leisure centre and the modernisation of the northern area of Arnold town centre. The bid includes a new, multi-purpose leisure centre and theatre to replace the current Arnold Leisure Centre and Bonington Theatre, which have been in place since the 1980’s. The bid also includes plans for a new library and a public realm space to drive footfall into the northern part of the town centre and create improved access from Front Street to the high street.

The ‘Levelling Up’ Fund was announced by the Secretary of State for Levelling Up, Housing and Communities in November 2020. The fund was made available to communities in all UK nations,  with up to £4.8 billion available for local infrastructure across the UK. Gedling Borough Council previously bid for £20 million in the first round but was unsuccessful. The feedback from government suggested that the previous application was strong, specifically around the plans for the town centre, so the council has submitted a new bid based on the government response.

Arnold Town Centre south has recently benefited from a multi-million pound development of The AMP at Arnold Market Place, which is due to be opened shortly. The new £4 million building will have a number of new enterprise businesses there and is also one of the key parts of the council’s overall ambition to revitalise the town centre and create a more vibrant economy in the area.

“We can now announce that we will be making a second application for government levelling up funding to revitalise Arnold Town Centre. As with our previous application, we think this is a strong proposal that, if successful, will help rebuild our town centre. The application includes ambitious proposals for a brand new leisure and culture site at the north part of Arnold Town that will improve this part of the town following the recent investment in the south part of the town with the creation of The AMP building.

Residents in Arnold have told us that the physical appearance of the area and variety of shops is an issue. This money would be used to improve those areas and create a real buzz in the town centre. We have already shown our intentions with the multi-million pound investments we have made in the new Arnold Market Place and the refurbishment of Carlton Town Centre and we will continue to do everything we can to improve the borough for our residents and businesses.”

“This is Gedling’s second application for our fair share of ‘levelling up’ funding – we hope government will take this application seriously and see that Gedling is in real need of this investment and is simply asking for a fair share of funding, which is what this government promised ‘every part of the UK’.

Gedling Borough Council’s first application to the Levelling Up Fund was backed by the local Member of Parliament and the council was told it was a ‘strong’ application but no funding was forthcoming. We have made alterations and council officers have worked hard to get a bid ready in a short space of time, however, it is now in the hands of central government to demonstrate if they are serious about backing the council’s ambition to invest in our local communities here in Gedling.”