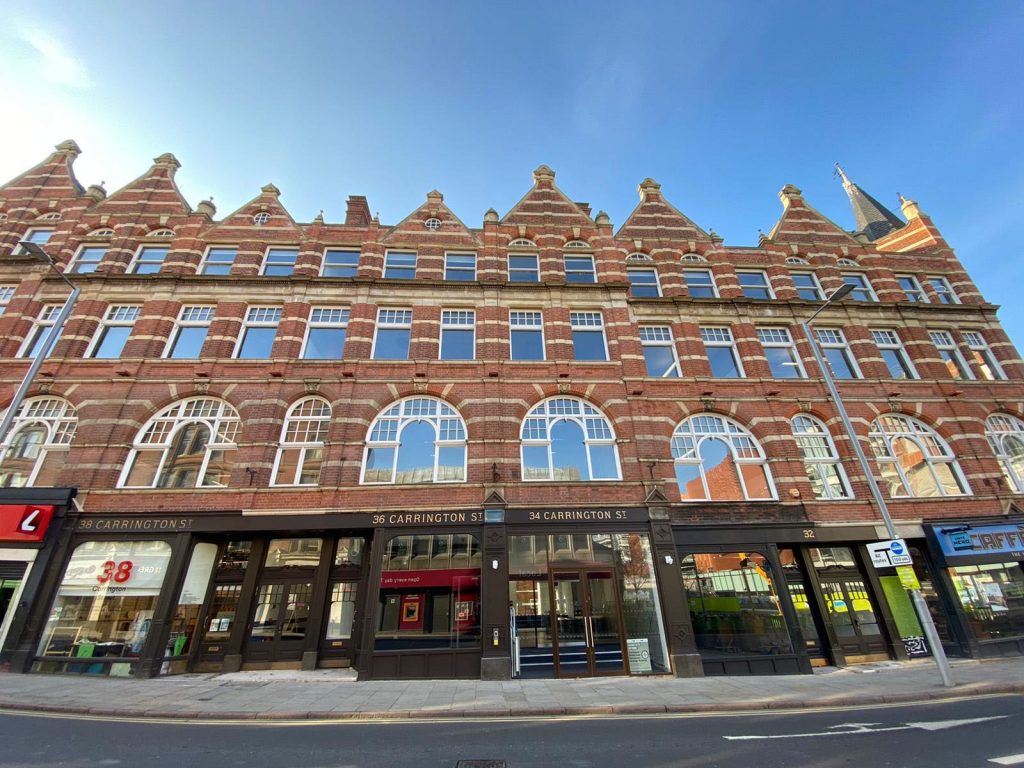 Heritage improvements have benefited 80 small Nottingham businesses, leading to 470 new jobs for local people while transforming parts of the city.

Nottingham City Council has been working with local building owners and tenants to improve the condition of historic buildings. This has helped small independent local businesses to flourish, despite the Covid pandemic.

In 2017, Nottingham was chosen as one of the country’s very first Heritage Action Zones. The five-year programme, worth £2.7m, aims to revitalise the city centre and help boost the city’s economy and includes grants for historic properties in the Old Market Square and Lace Market Conservation areas. Supported with finding from Historic England, the council has been able to award grants to help eligible building owners towards the cost of repairs and other heritage works, such as restoring architecture and traditional shop fronts.

The Heritage Action Zone, along with the National Lottery Heritage Fund-backed Carrington Street Area Townscape Heritage Scheme  –  are beginning to transform the streets back into the impressive areas they once were, while breathing new life into the businesses which occupy them.

The conservation area schemes in the city have improved the attractiveness of the city centre, breathed new life into some of the city’s neglected historic buildings and transformed the city centre’s ‘at-risk’ conservation areas. They have also helped the council to engage with 80 small and medium sized enterprises, create 470 jobs and brought a total of over 4,400m2 of commercial space back into use.

In 2016 the National Lottery Heritage Fund, supported by National Lottery Players, awarded £682,400 to Nottingham City Council for a five-year Carrington Street Area Townscape scheme. The programme has completely transformed the area from Nottingham Station to Broad Marsh, restoring it as an impressive gateway into the city.Gordon House and City Buildings, two of the largest buildings, have reinstated historic shopfronts and features. Other privately owned buildings, which have benefited from grant funding, include The Barley Twist and The Urban Room at No. 38. Also on Station Street, Hopkinson’s and a former Police Station have received grants and works to reinstate a Victorian stained glass canopy at the Gresham Hotel on Carrington Street was completed earlier this year.

In total, 13 shopfronts have been restored as part of the scheme, eight of which were vacant before the scheme began. The improvements come as other significant developments are underway in the area to create a much greater welcome to the city – with extensive public realm improvements surrounding the new bus station, car park and central library complex.

Under the Heritage Action Zone scheme, five shops either have been completed or are on site, with a further 12 due to be completed by the end of the scheme. The restorations have also supported work to save three key Buildings at Risk in the Lace Market Conservation area, helping to remove them from the Building at Risk Register. All the works were completed using old photographs and original architectural drawings to make sure the reinstatements were authentic.

“Some of Nottingham’s private historic buildings were showing signs of neglect, but with a little investment and imagination, they have become an asset for the city’s economy again. The transformation of these streets will greatly contribute to the city’s post-Covid recovery, alongside the ambitious regeneration of Nottingham’s Southside.

“Nottingham is proud of its past and ambitious for its future and heritage led regeneration is a fantastic way to restore the city’s historic character, boost tourism and create jobs.”

Anne Jenkins, Director England, Midlands and East, National Lottery Heritage Fund said, “Investing in heritage means investing in the community it belongs to, which is why we are proud to support Nottingham City Council and the Townscape Heritage Scheme.  This scheme is not only preserving important local heritage but is also regenerating the local economy for the benefit of residents and visitors alike”.

Louise Brennan, Midlands Regional Manager at Historic England added, “Nottingham has a very special and unique historic environment that is now receiving the care and attention it fully deserves.

“From its fascinating caves to its lace factories and shopping streets, valuing heritage through the various HAZ projects is paying dividends for the city and its inhabitants”.

More information on the scheme can be found here: www.nottinghamcity.gov.uk/CarringtonStreetTH