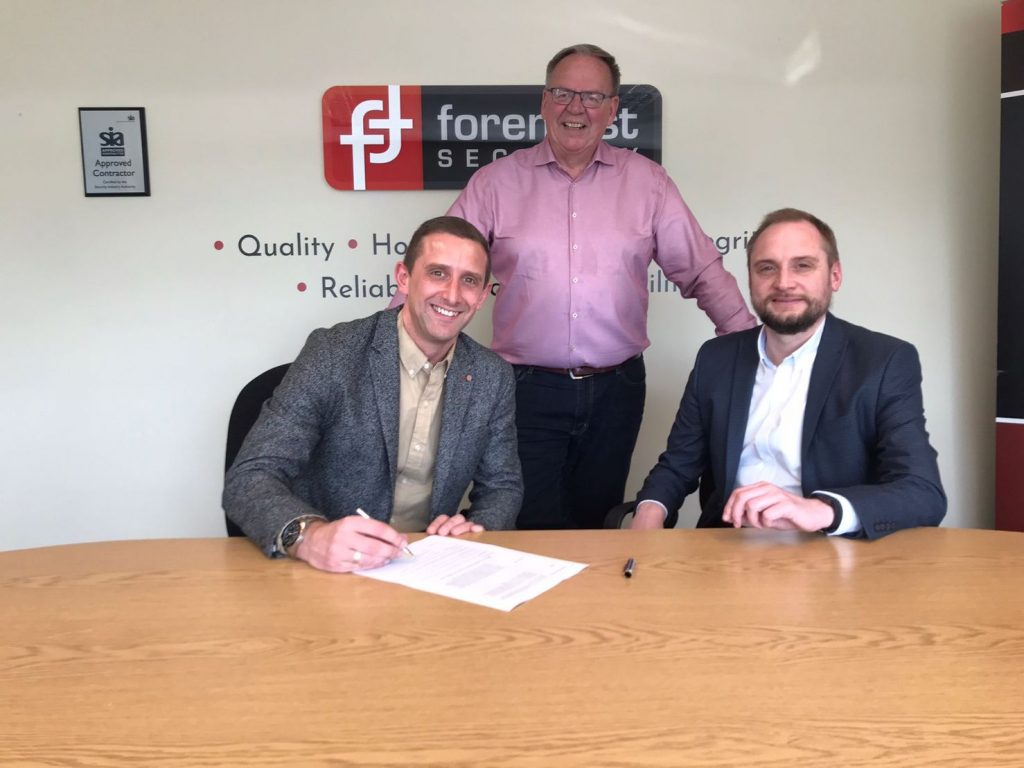 East Midlands’ leading security company, Foremost Security Limited, has been successfully sold to its internal Management Team, with the business being transferred in equal shares to

Foremost Security are a major provider of security services, and as many people across the Midlands will know, the company has been the pride and joy of its founder, Paul Ritchie, for the last 12 years, building the business to the success it is now – building many positive relationships along the way, he will remain a constant ambassador for Foremost and will be on hand to advise where needed.

The services of Foremost Security include, but are not refined to Lock & Unlock Services, Vacant Property Inspections, Mobile Patrols, Alarm Response & Keyholding. Contributing to the effort of building the business to what it is today, Matt and James have secured a string of successes, which have allowed a strong start to their year as owners – including securing further work from their existing partnerships, as well as winning business from new clients. Customer numbers and contract commitments across all of their services have shown a sharp increase: –

Alongside this, they have also moved to a new premise and expanded their number of staff to 130. Now more than ever, it will be important to maintain progress and ensure they share a vision to develop the company even further.

Matt has reminisced on his years within the company and how business has changed from when he started in 2013 to how the company looks now. He told us:

“When I joined Foremost in August 2013 it was a very different place. Yes, we offered the same services as we do now but on a smaller scale. I think at the time we had around 120 customers compared to over 1600 that we have now. We had one Mobile Patrol van compared to the nine we have now, and the area we covered was very much Nottingham focussed”.

Matt and James both announced their excitement to finalise the buyout that had been “in the pipeline since 2019”, and emphasised there will be no dramatic change as a result of the new ownership, they will still continue to focus on the quality of their services, but did tease that the company “have some plans for the future which we feel will benefit both our customers and staff”.

“It has been an absolute pleasure to hand the reins of Foremost Security over to Matt and James. They have worked with me for a number of years and I trust that the business will lie safe in their capable hands. I wish them all the success and best wishes for the future.”

The future looks very bright for Foremost Security, with Matt and James as the figureheads to take the company to new heights for the foreseeable.

To find out more about Foremost Security and their wide range of services keeping Leicestershire businesses safe and secure, visit https://www.foremost-security.co.uk/