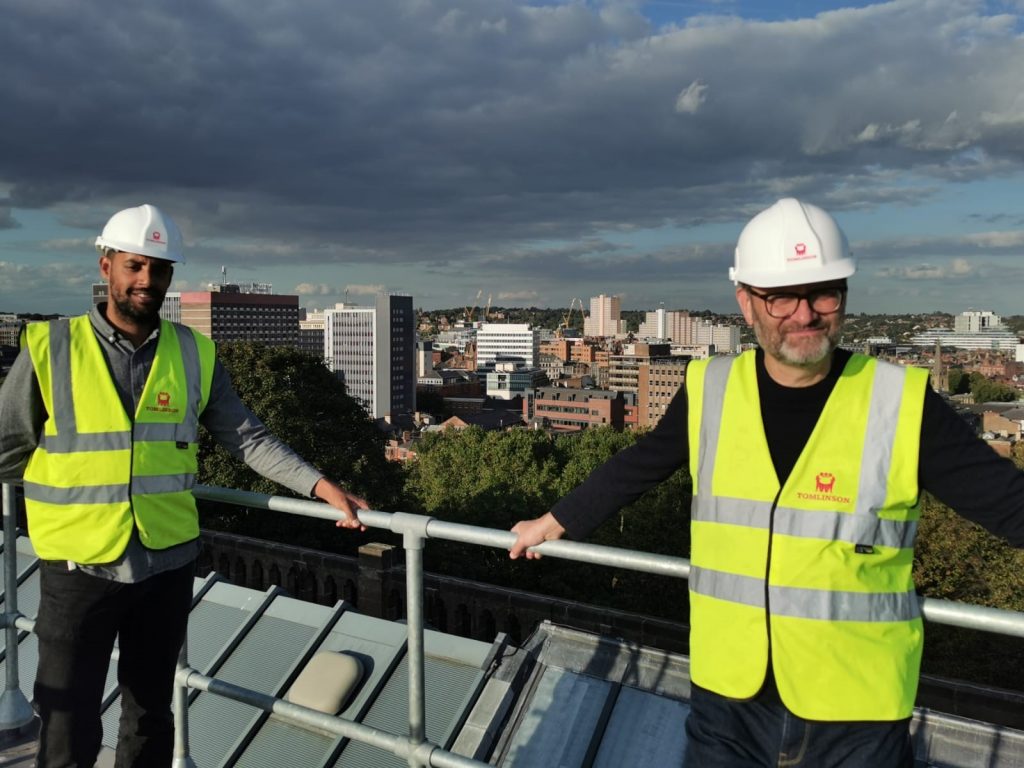 The city’s very own Nottingham Castle takes a starring role on The Great British Dig this Wednesday (3th March 2021) on More4 for a behind the scenes look at the archaeology found at the world-class heritage attraction.

The episode, which focuses on unearthing the hidden history of William the Conqueror’s lost priory and the landscape of Nottingham during the Domesday Book era, features the Castle as an integral part of its discovery.

National treasure Hugh Dennis and his team of experts visited Nottingham Castle during the week of an archaeological dig to find out more information about the lay of the land during the time of the lost Priory.

The Nottingham Castle Trust team are featured alongside Hugh, talking about the Castle and the significant role it has played in the city’s history.

“It was an absolute pleasure to welcome Hugh and The Great British Dig team to the Castle. Their insight into the archaeological heritage of the site has helped us to better understand the significance of Nottingham Castle in relation to William the Conqueror’s lost priory.

“We can’t wait to see the Castle on the show this Wednesday, and we’re excited to share with all the viewers the rebellious and unique history of Nottingham Castle.”

Viewers of the series will get a sneak peek into the grounds of Nottingham Castle which is soon to reopen following the completion of a £30 million redevelopment. The historical landmark has undergone an extensive programme of conservation, renovations and investment and will reopen later this year. A visit to Nottingham Castle upon reopening will include new art galleries housing permanent collections of fine-art and touring exhibitions, mixed reality galleries exploring 1000-year of Nottingham’s rebellious past and the legendary outlaw Robin Hood. A brand-new Visitor Centre and incredible outdoor adventure playground, Hood’s Hideout, will also be part of the new offer.