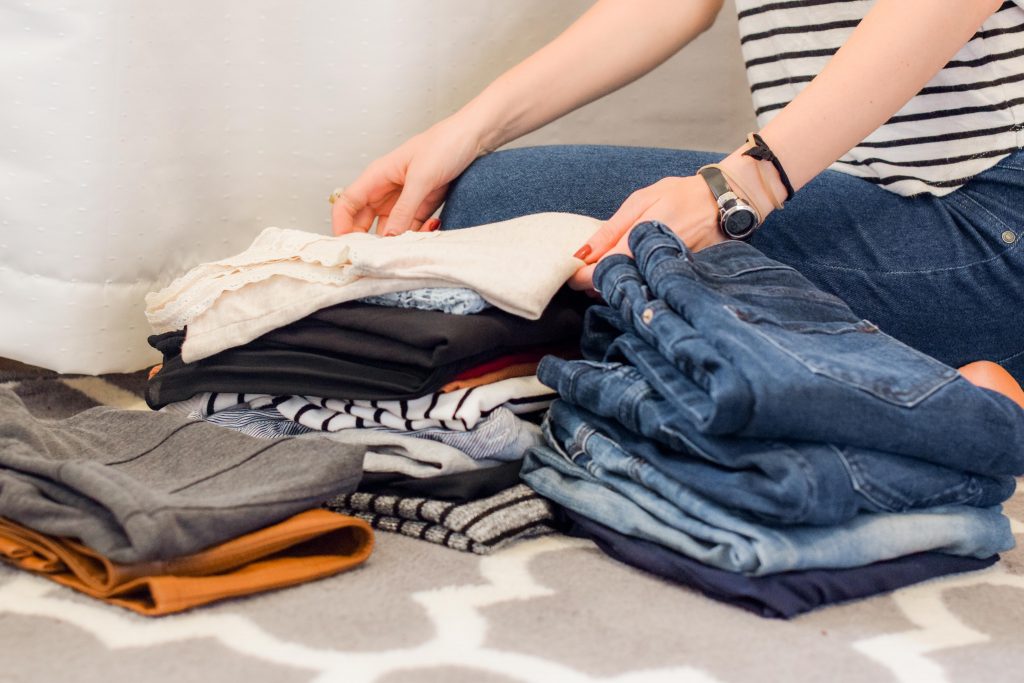 Nottingham students ‘Pack for Good’ – and raise £90,000 for research to tackle heart disease

Students in Nottingham have helped to raise almost £90,000 to fund vital research into heart and circulatory diseases by donating items that may otherwise have gone into landfill.

During 2022, the students studying at the University of Nottingham and Nottingham Trent University – both those living on campus and in privately rented accommodation in the city – donated a staggering 6,230 bags of unwanted items to the British Heart Foundation, as part of its Pack for Good Campaign.

Raising £87,220 through the sale of the goods at the charity’s network of shops, the donations also diverted almost 50 tonnes from landfill, the equivalent of 294,163 kg of C02 emissions.

To date, since becoming involved with the BHF campaign, students in Nottingham have donated up to £1.6 million and have diverted 919 tonnes of waste from landfill – that’s the equivalent weight of 131 African male elephants.

Jamie Dickinson, Head of Community Engagement at the University of Nottingham, said:

“We are delighted that the Nottingham partnership has now supported over £1.6 million worth of donations as part of this amazing annual BHF scheme. 2022 was a particularly good year for UoN with a phenomenal £20,398 being raised as a direct result of on-campus, university-based donations. However, we worked closely with Nottingham City Council to really push the off-campus community-based banks and recorded our second best year on record. This is testament to the generosity of staff, students and the wider community accessing the now conveniently located banks.

“Clearly the money raised is an amazing effort but we can’t forget the tremendous environmental impact this scheme is having on Nottingham. All of these donations could have ended up in the general waste stream. We also know this initiative is positively effecting the challenging end of term waste period and are seeing a much-improved streetscape year on year. This BHF project helps with our ambition to make Nottingham a clean and green place to live, work and study.”

“Raising almost £90,000 from this Nottingham partnership to help fund vital research to tackle heart disease is a huge achievement for all involved. The donated items from the Pack for Good campaign also prevented almost 50 tonnes becoming waste, so the campaign has an important and big impact on doing the right thing, which is why NTU set the Partnership up back in 2014. NTU takes its commitment to sustainability seriously, which has helped us recently be ranked as the 2nd most sustainable university in the world in the UI Green Metric. We will continue to keep working together on this fantastic cause and Nottingham partnership in the future.”

The incredible effort from the city’s students has helped to support the wider campaign in Nottingham, thanks to the permission granted by NCC to site banks in the community for off campus students and other residents, which this year has raised an overall total of £270,104, with citizens in the city contributing more than 13,200 donated bags of goods.

“We continue to work closely with both the University of Nottingham and Nottingham Trent University to promote this important project and I thank students for their continued involvement, which shows a real sense of community and compassion.

“The Council has increased the number of clothing and shoe banks across the city in recent times and have promoted them alongside the universities to encourage residents to donate their unwanted items and save them from their rubbish bins. This remains key to Nottingham reaching its 2028 goal of becoming the first carbon-neutral city.”

The British Heart Foundation raises money to fund research into cures and treatments for a whole range of heart and circulatory conditions – this has included supporting research projects led by scientists at the University of Nottingham investigating strokes, vascular dementia and using stem cell biology to tackle heart attacks.

“We have been delighted with the response from students in Nottingham and their incredible support. Our shops rely on donations to continue raising money to fund lifesaving research. Thanks to the generous donations from the students and staff across Nottingham, we have been able to provide our UK wide shops with items to sell to raise more funds to help us continue our lifesaving research.”

The Pack for Good campaign is a perfect example of the environmental credentials of the city’s two universities, which are among the most sustainable universities in the world.

Nottingham Trent and the University of Nottingham were recently ranked second and third respectively in the UI Green Metric, the only university ranking in the world that measures each participating university’s commitment in developing an ‘environmentally friendly’ infrastructure. The rankings look at six indicators: setting and infrastructure, energy and climate change, waste, water, transportation, and education.