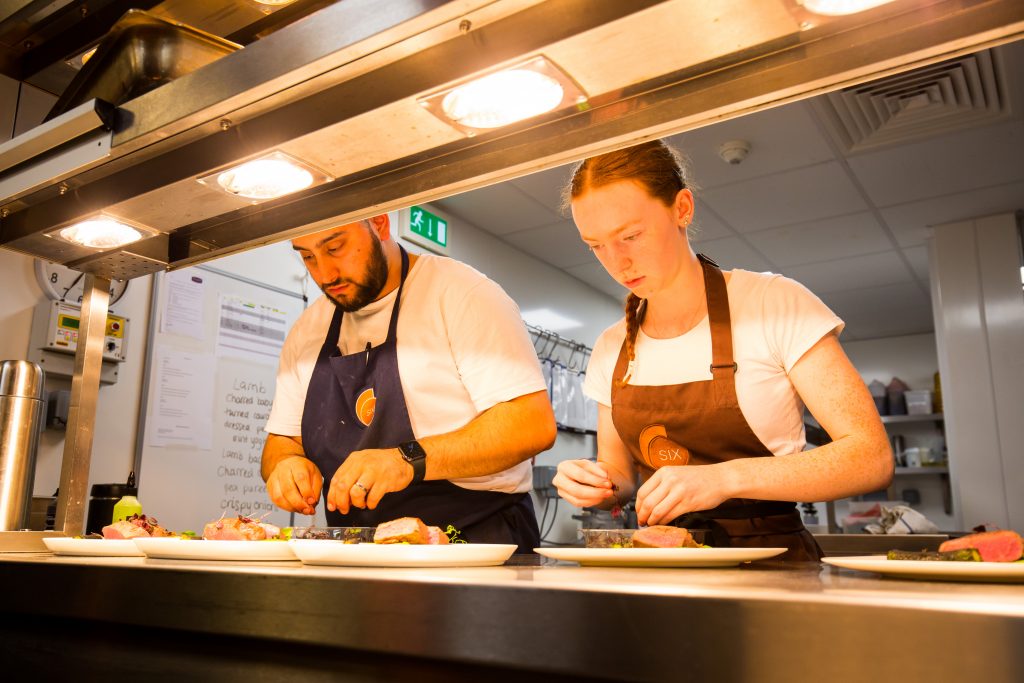 A teenage chef at Trent Bridge’s Restaurant Six is hoping to use her youth to her advantage, after reaching the final of a competition for the country’s finest culinary talents aged under 25.

19-year-old Abigail Bunker will compete to be named Young Chef of the Year by the British Culinary Foundation in a live cook-off next month.

The Chef de Partie, who joined Six in early 2022, is relishing the challenge ahead.

“It’s great to get this kind of recognition for my ideas and my cooking at this stage of my career. This will be my first time taking part in a competition like this, but I’m really excited for the challenge,” she said.

“I know that I’m likely to be the youngest person that’s involved, and maybe one of the few female chefs too, but I’m seeing that as an advantage because it gives me more ways to stand out.

“I’m seeing it as a chance to show what I can do, and push myself out of my comfort zone.”

Abigail, who previously worked at London’s one-rosette Friends restaurant, is the second member of the kitchen team at the cricket ground’s elevated dining destination to earn BCF recognition in recent years.

Her partner, Head Chef Harvey Perttola, secured a place in the final of the Senior Chef of the Year contest last year after previously competing in the Young Chef category.

As one of 16 finalists, Abigail will be tasked with preparing a three-course meal for the judges at the Birmingham showpiece – and her selection is inspired by the dishes being served up at Six.

“Harvey’s been on this journey before, so he can give me some tips, and he’ll be there to watch on the day too,” she continued.

“My menu is influenced by the food we cook here at Six – the scallop starter is very similar, and my beef main shares some of the features of our venison dish here.

“Classical cooking seems to have impressed the judges in recent years, so I’ve chosen to cook a souffle for dessert. I know that might be a tricky thing to nail on the day, but taking risks like that is all part of the competition!”

The BCF Young Chef of the Year final will be held on Monday 7 November at University College Birmingham.

The individual who emerges victorious will earn a seeded place in the final of next year’s National Young Chef of the Year competition.

Bookings for lunch or dinner at Restaurant Six can be made at https://www.restaurantsix.co.uk/.