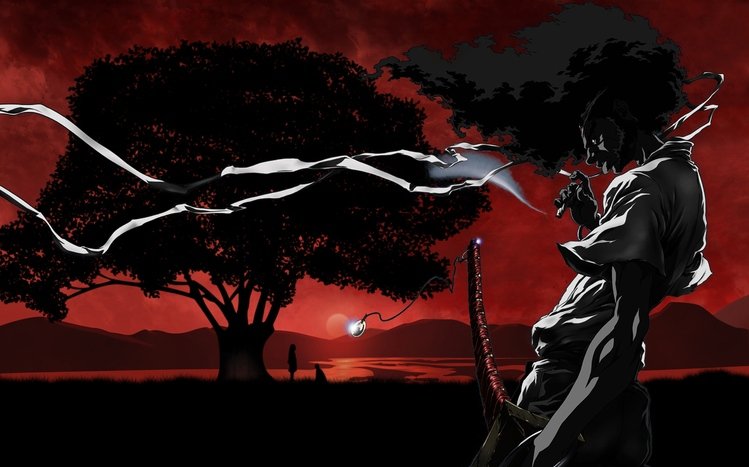 Launching with Afro Samurai, the Emmy-nominated anime featuring a black samurai voiced by Samuel L Jackson avenging the wrongful death of his father with music scored by RZA of the Wu-Tang Clan, the first event will explore themes of fantasy, speculative fiction and afro-futurism.

The Black Speculative, staged in collaboration with The Screen at Nottingham Contemporary, celebrates a black fantasy character and explores the need to tell stories that go beyond the racial stereotypes of trauma, slavery and gang violence often shown on screen.

“I’m interested in film as a medium that can transform hearts and minds, and have a passion for bringing people together to enjoy live experiences. After the pandemic when we all became closed off and more fractured with a lot of negative emotions and anxiety around, the time felt right to launch these events.

“Hustle Cinematic is about celebrating culture and community. Programming will be shaped by what the community tells us it needs. We’re here to serve the community and tell wider stories without bias to help put us in each other’s shoes.”

“Nottingham Contemporary has been experimenting with immersive cinema for a number of years now as part of The Screen at Contemporary, and we’re delighted to be working with Hockley Cinematic as they launch this strand. We are excited to see such great artists, films and musicians for this event.”

Live music from Uncle Mo on the decks fusing afro-leaning funk, jazz and disco and Leeds based scratch DJ NikNak with a set inspired by Sun Ra and comic book fiction will round off the evening while artist Kim Thompson completes the immersive experience with a brand new collection of vivid illustrations inspired by her love of Afrofuturism, kitsch, sci-fi and retro visions of the future.

“I’m very excited to share brand new work, but the event itself is something I’ve wished for for a long time in Nottingham! We will be creating a psychedelic, sci fi, kitsch fantasy dreamland in the cafe space – I’m hoping it’s a welcoming and fun environment for people to dress up, celebrate and escape into something a bit magic for the night!”

Audience members are invited to cosplay and come as their favourite fictional sci-fi, anime, fantasy or cartoon character.

The Hustle Collective’s new film strand is supported by Film Hub Midlands, Arts Council and BFI. Built around a programme of thought-provoking films, the free live events will bring together people to embrace the commonality of experience, diverse perspectives and the transformative nature of cinema.