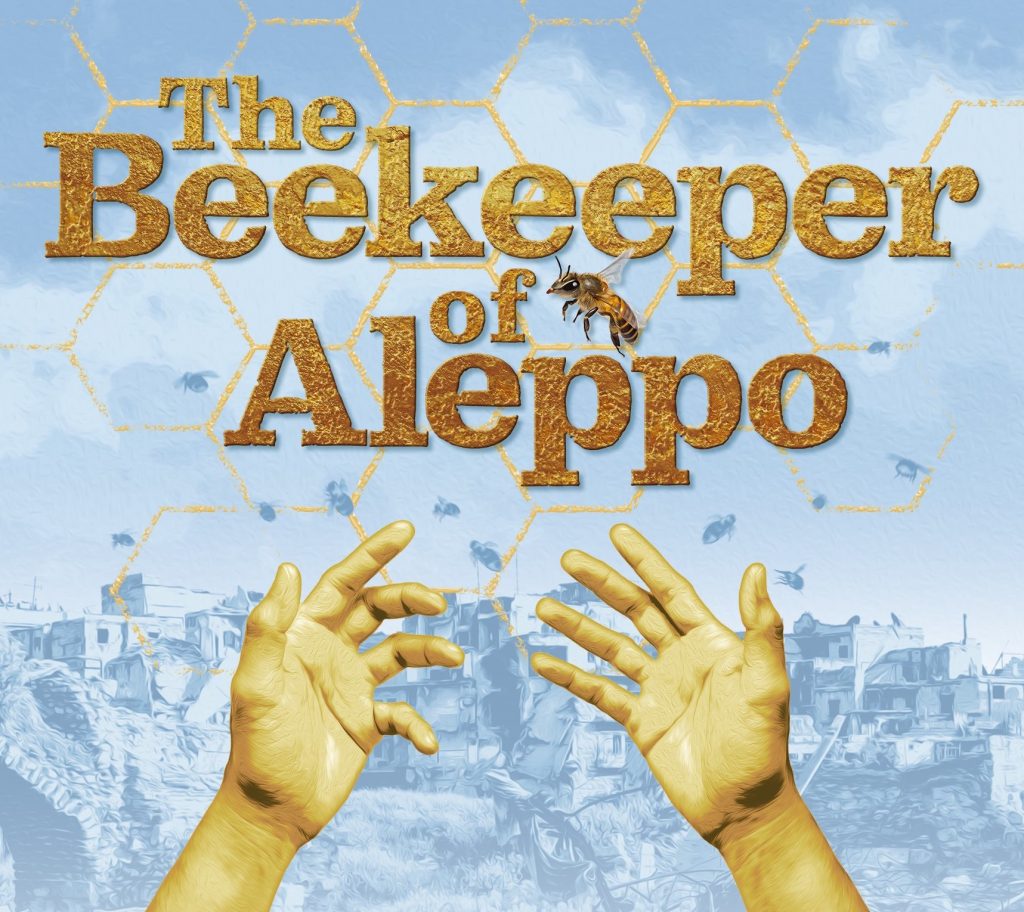 Reuniting the team that produced the international stage sensation The Kite Runner Nottingham Playhouse kicks off 2023 with the world premiere of Christy Lefteri’s gripping best-selling novel, The Beekeeper of Aleppo.   Adapted by Nesrin Alrefaai and Matthew Spangler (who also adapted The Kite Runner) and directed by Olivier Award winning Miranda Cromwell (Death of a Salesman – Young Vic, Piccadilly Theatre and Broadway), the production runs at Nottingham Playhouse from 3 to 25 February, followed by a run at Liverpool Playhouse from 1 to 11 March, before embarking on a national tour.

The Beekeeper of Aleppo tells the story of Nuri, a beekeeper; and his wife, Afra, an artist. They live a simple life, rich in family and friends, in the beautiful Syrian city of Aleppo – until the unthinkable happens. When all they care for is destroyed by war, they are forced to escape. On their terrifying journey, they must face the pain of their own unbearable loss alongside incredible danger. Above all, they must journey to find each other again.

This compassionate and beautiful play is a story of connection – between friends, families and strangers.

Christy Lefteri’s novel was the Winner of the Aspen Words Award, Runner up for the Dayton Literary Peace Prize, and one of The Times top three bestselling books of 2020.

We’re delighted to be bringing this beautiful and humane story to the stage. Miranda Cromwell is one of the UK’s most exciting directors, and it’s an honour to welcome her to Nottingham, following her recent success with Death of a Salesman on Broadway. It’s also a pleasure to be reunited with our co-producers, UK Productions and Liverpool Everyman and Playhouse, and writer Matthew Spangler, following the continuing global success of The Kite Runner. Nottingham Playhouse proudly holds Theatre of Sanctuary status and this production continues our commitment to supporting refugees and asylum seekers, by telling their stories onstage, and through offstage initiatives, such as the Conversation Cafe.

Director of The Beekeeper of Aleppo, Miranda Cromwell says –

I am so thrilled to be working on this beautiful adaptation of Christy Lefteri’s stunning book. An arresting, courageous exploration of one family’s struggle to deal with the aftermath of losing everything. Deeply moving and visually striking this layered story illuminates their nearly impossible journey to find a way to live again, a way back to each other. It holds a mirror to this moment in our history when so many people are being forced from their homes. It is a call to arms for compassion, understanding, connection and love.