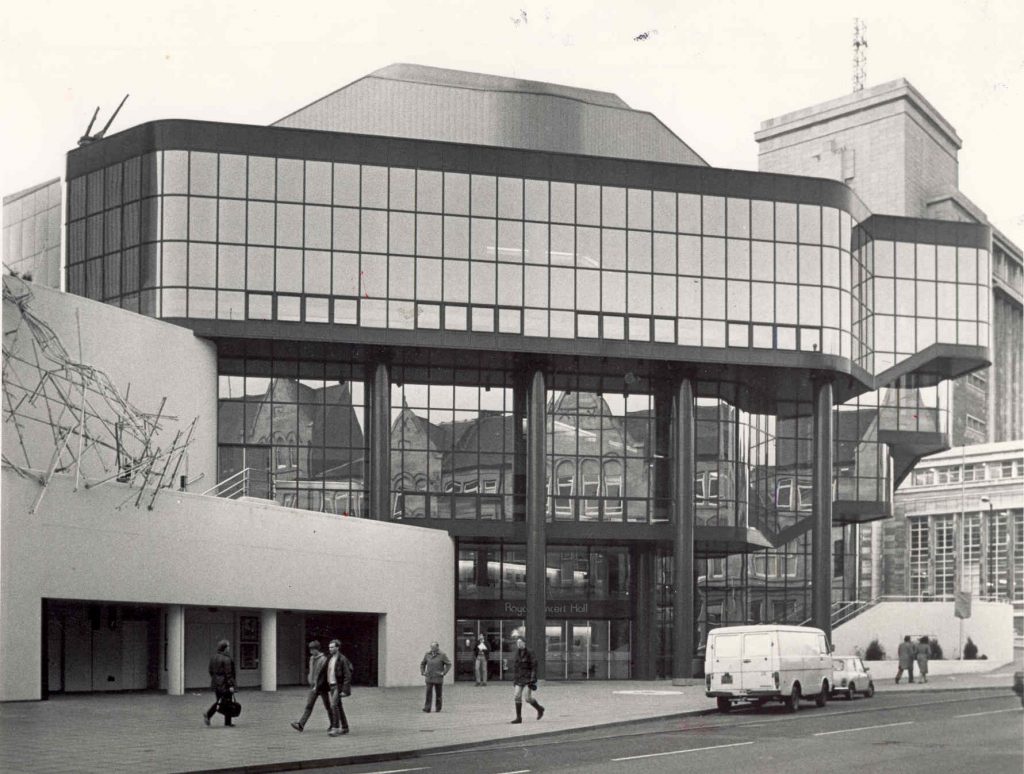 On 27 November 1982, Sir Elton John gave the inaugural concert to mark the opening of the new Royal Concert Hall in Nottingham.  With its ground-breaking design and innovative acoustics, for the past forty years the Royal Concert Hall has become renowned for hosting the very best in entertainment, from leading orchestras, pop and rock stars, and West End musicals, to stand-up comedy, family shows and community events.

To celebrate this landmark anniversary, the venue will throw open its doors for a free public Open Day in November, and will host a number of special concerts and spoken word events throughout its autumn season.

Free access-all-areas guided tours of the building will start from 10am, including the stage platform, dressing rooms, stage door, and rarely seen technical and lighting areas in the roof space above the 400-ton hung ceiling.

The Open Day is free, with no need to book in advance.  For more information, including how to access a wheelchair accessible tour, please visit www.trch.co.uk/openday

A lively and fascinating panel discussion on the history of the Royal Concert Hall, from its celebrated acoustics to its unique design, as well as the political controversy which surrounded the initial plans to build a world-class ‘Festival Hall’ for Nottingham forty years ago.

Conductor John Wilson’s hand-picked, all-star ensemble has already won a host of major awards for its recordings, and this dazzling programme of orchestral showpieces is the perfect centrepiece for the 40th anniversary of the Royal Concert Hall.  The gala concert programme will feature much-loved pieces by Walton, Ravel, Gershwin and Debussy, and a debut performance from BBC Young Musician winner, Martin James Bartlett.

Forty years ago, the hottest tickets in town were for the grand opening of Nottingham’s

Royal Concert Hall, featuring Elton John.  As part of the venue’s birthday festivities, enjoy a magical night of in tribute to Sir Elton John, including hits Saturday Night’s Alright, Crocodile Rock, I Guess That’s Why They Call it the Blues, Daniel, I’m Still Standing, Philadelphia Freedom, Your Song and more.

The Royal Concert Hall’s Venue Director, Peter Ireson, said: “When the Hall was first constructed, it was hailed as ‘world-class’, a venue to rival any in the country, helping to put our city on the cultural map and providing the people of Nottingham with a concert hall to be proud of.  I think the Royal Concert Hall’s incredible success and enduring appeal over the last forty years has proven this ambition to be fully realised.

The Royal Concert Hall has a central place in our city’s living history, so as part of our anniversary celebrations we would like to capture as many memories and stories as possible from the past forty years from audiences and performers. We’ll be asking people to share their memories, and offering to take any memorabilia people may want to donate to our archive.

As a team, we are so proud to be part of this year’s special anniversary celebrations and to be able to play our part in taking this magnificent venue forward into the future, too.”

Were you involved in the building of the Royal Concert Hall?  Did you attend the opening night?  Do you have a special reason for remembering a particular event or performance? The Royal Concert Hall’s archive team are reaching out to anyone who would like to share a special memory, story, or piece of memorabilia with us from the past forty years.  You can contact the team on email at memories@trch.co.uk, on social media at @RoyalNottingham on Facebook, Twitter and Instagram using #RCH40, or by post to; Archive Team, Theatre Royal & Royal Concert Hall, Theatre Square, Nottingham, NG1 5ND.  Every contribution will help towards building the venue’s ever-expanding archive for future generations to enjoy.