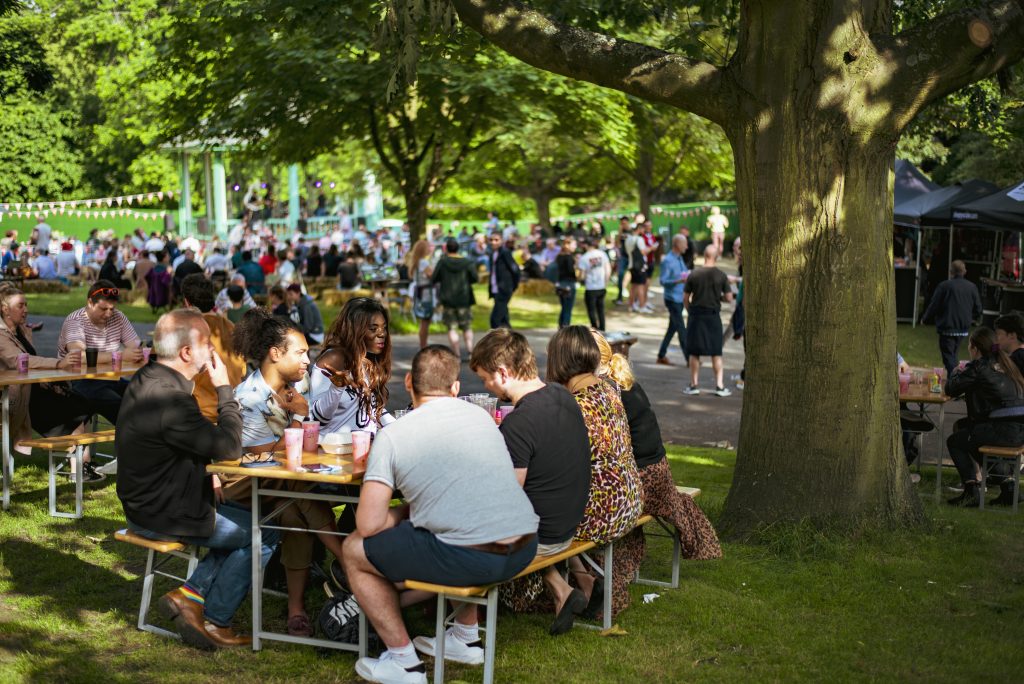 Nottingham’s historic Arboretum Park is hosting a two-day festival featuring some of the best craft beers, ales and ciders from leading local and national breweries along with a full line up of live music and DJs on August 26-27.

Expanding the offer after a successful inaugural event last year, the festival will feature the best of the local breweries including Castle Rock, Neon Raptor, Bang The Elephant, Mardy Bum, Totally Brewed and Navigation, with national breweries Thornbridge, Vocation, Brew York, Gweilo and many more completing the line up.

The Arboretum Beer Festival will have 20 breweries in total showcasing their beers along with street food stalls, and live music from the historic bandstand throughout the event.

Deep Down Brass are a six-piece brass and drums group with a vast repertoire of brassy pop hits that will get things going on Friday, followed by The Outriders, a trio who play their favourite hit songs in their own inimitable style and who never fail to get everyone up on their feet, singing along and calling for more.

Next day, tribute act AKA Noel Gallagher (acoustic) will perform songs from Noel’s High Flying Birds and Oasis, while Dead Mans Uke play dirt swing, hokum and old blues tunes as well as crazy covers and anything else they fancy on double bass and ukulele.

Completing the line up of live acts on the historic bandstand on the Saturday will be Mariachi Tequila, an authentic band of professional Mexican and Latino musicians playing popular upbeat Mariachi music and known for their amazing versions of pop and rock music hits.

Rounding off the music entertainment will be an Acoustic Rooms takeover featuring unplugged performances and DJ sets from local Nottingham favourites, plus quizzes and bingo to add to the fun.

Local street food comes from Johnny Pusztai aka The Snobby Butcher – the ham-curing, bacon-smoking, sausage-making force of nature; authentic wood-fired pizzas with every flavour imaginable from The Pizza Box; Squeaky Beaver Poutine, offering variations on the fries, cheese curds and gravy combo plus a barbecue from Buffalo Trace.

“We’re thrilled to be back in the amazing surroundings of Nottingham Arboretum this summer, combining our love of events with our love of great beer for the second instalment of our annual Arboretum Beer Festival. Personally, I’m excited to sample some of the great local beers from the likes of Castle Rock and Neon Raptor, as well as those from further afield, whilst gobbling some tasty Squeaky Beaver Poutine and listening to some amazing live music on the bandstand. The team at DHP look forward to welcoming the good folks of Nottingham and those from further afield to the sunny Arb’ this August Bank Holiday.”

Earlybird tickets are £10 per day or £15 for weekend including a commemorative Arboretum Beer Festival cup. General admission tickets are £12.50 Friday and £15 Saturday.

The festival opens at 4pm on Friday and 12pm on Saturday with live music throughout both days. All ages welcome, but any under 16s must be accompanied by an adult.