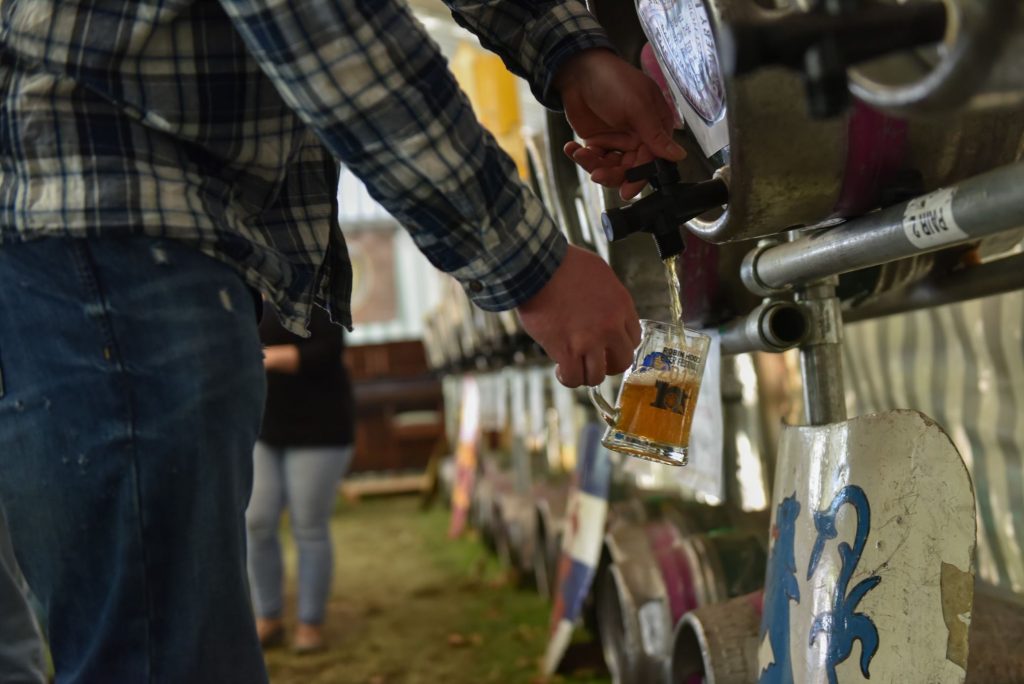 Nottingham CAMRA Chairman Steve Westby has expressed his delight at the commitment of several of Nottinghamshire’s most acclaimed breweries ahead of the return of the long-running Robin Hood Beer and Cider Festival in October.

Trent Bridge cricket ground will serve as the new home of the festival from Wednesday 13 to Saturday 16 October.

“It all feels very real now that the planning has got to the stage of putting these great local breweries on to our site plan,” said Steve.

“We all have our own favourites, but as festival organisers we wanted to give ticket holders as much choice as possible and we’re now in a position to announce that we will open the gates with almost a thousand beers and ciders on offer.

“Our message to anybody wanting to attend is to buy tickets in advance to avoid any disappointment, particularly for the Friday and Saturday sessions which are proving very popular.”

Trent Bridge follows in a line of esteemed custodians of the festival which was previously held at Nottingham Castle and The Motorpoint Arena.

Nottinghamshire County Cricket Club Commercial Director Michael Temple hopes that new attendees will enjoy the backdrop of one of the world’s most historic sporting venues.

“Steve and the CAMRA team are very passionate about their beer and we’ve learned a lot from watching the manner in which they work with the breweries to put on this event,” he said.

“Our role is to ensure that Trent Bridge does the event justice and we’ve pulled out the stops by opening an extended footprint that now includes our historic Pavilion, a huge festival marquee in the Trent Bridge Inn Courtyard, seating in the William Clarke Stand, a music stage and hundreds of metres of stillages lining the concourse.

“The range and quality of beers and ciders alongside the gin bar and a huge choice of food is great to see and I look forward to participating in the beer festival both as a host and a visitor.”

Tickets remain on general sale from trentbridge.co.uk/CAMRA and from the Trent Bridge ticket hotline during office hours. Call 0115 8990300 or email questions@nottsccc.co.uk.