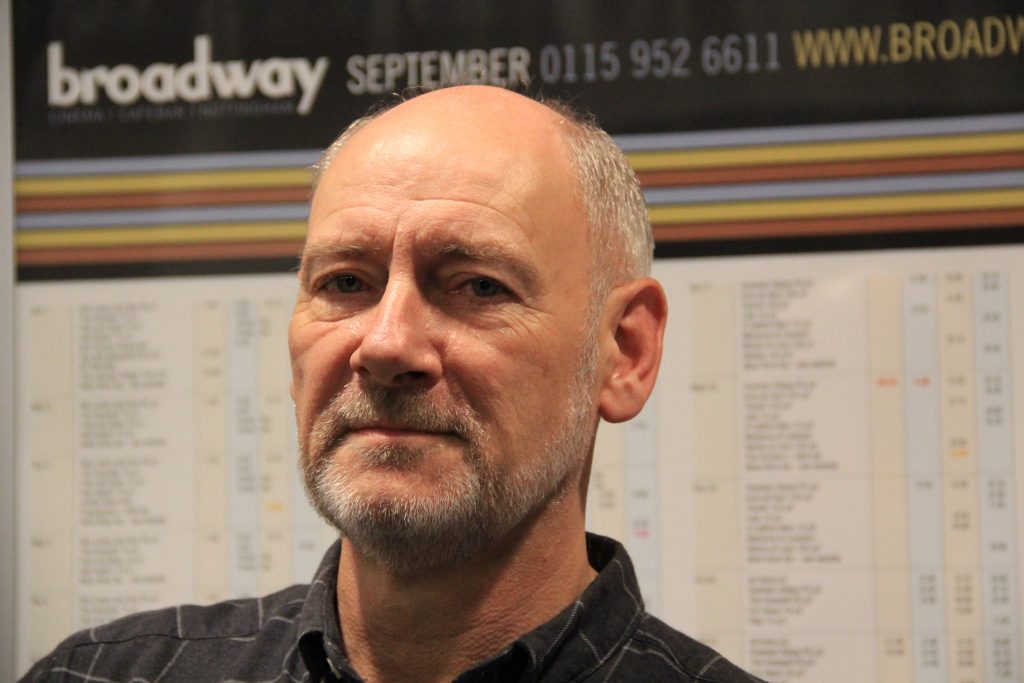 Broadway’s Steve Mapp is set to retire from his position as Chief Executive in the new year, after 33 years at the popular independent cinema in the heart of Nottingham since it opened its doors in 1990.

Initially in charge of finance before moving into development and finally into the role of CEO, during which he has been steering the business for the past 15 years. During his tenure, he has been responsible for raising over £9m of Arts Council and European capital investment, and project managing the expansion of Broadway from a part-time single-screen cinema to the four screens, Café Bars, collaborative workspaces, education and exhibition facilities enjoyed by many thousands of people today.

Under Mapp’s stewardship, Broadway is now a driving force for culture in the region through its lead role for the BFI’s Film Hub Midlands, alongside Flatpack Festival in Birmingham, which awards National Lottery funding to filmmakers and exhibitors working to expand audience choice for British independent and international cinema. It is this passion for giving talent the opportunity to thrive that has been key to Broadway’s success during Steve Mapp’s time in charge.

“I’ve never forgotten the excitement of welcoming our first customers when we opened and it’s still a thrill to see so many people enjoying what Broadway offers. It’s been a total pleasure to work with such a committed and passionate team around me and Broadway has a bright and exciting future ahead.”

“Steve has worked at Broadway since day one and has played a pivotal role in the development of the Broadway site and Broadway’s offering over many years. He is to be thanked and congratulated for his role in making Broadway the brilliant and successful place that it is today, and for negotiating a path through the last few difficult years with distinction.

He will be sorely missed but I look forward to working with our board and major stakeholders to recruit a successor over the coming months. This is a pivotal time for Broadway, but I have every confidence that we can build successfully on Steve’s legacy and take Broadway forward with confidence.”

The process to find a new Chief Executive starts today, with potential candidates able to view all the relevant information at www.broadway.org.uk/jobs.