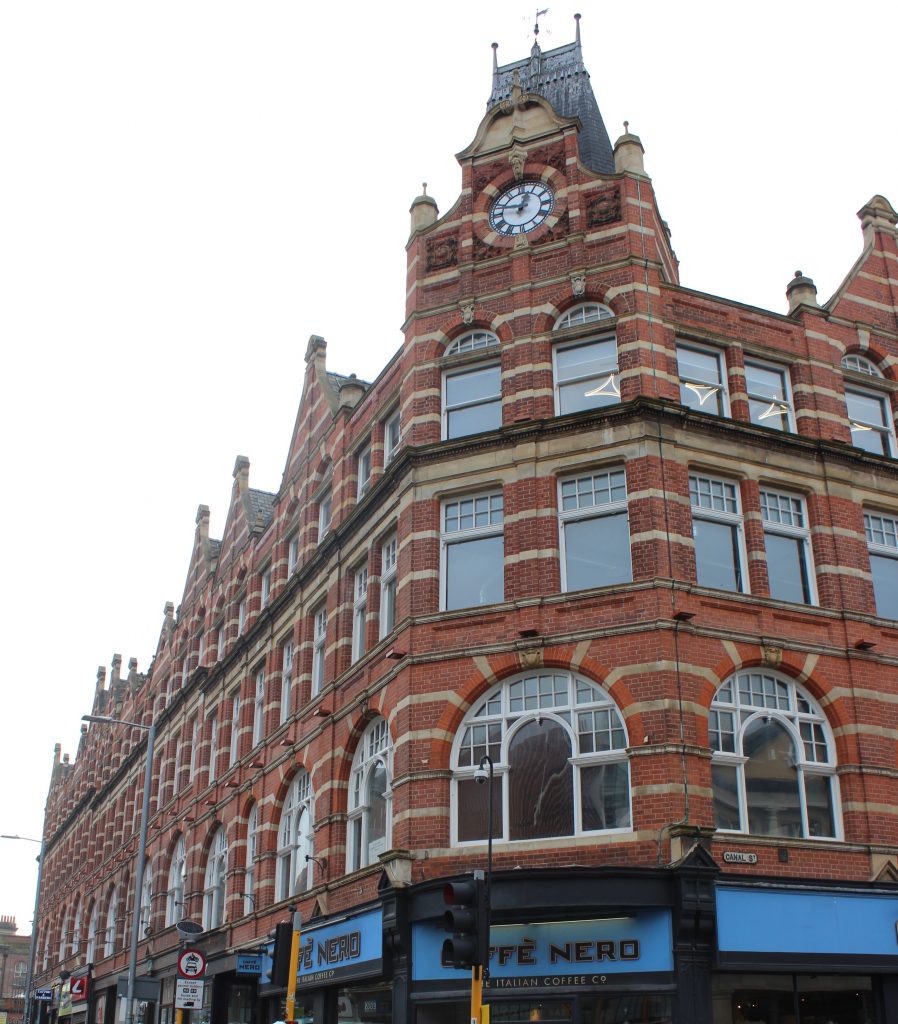 One of Nottingham’s most iconic buildings has been rejuvenated using heritage funding – vastly improving the city’s Southside as it undergoes a dramatic transformation.

Located on a key route between Nottingham railway station and the city centre, City Buildings have had extensive improvement work carried out using funding from the Carrington Street Area Townscape Heritage Scheme, supported by the National Lottery Heritage Fund. 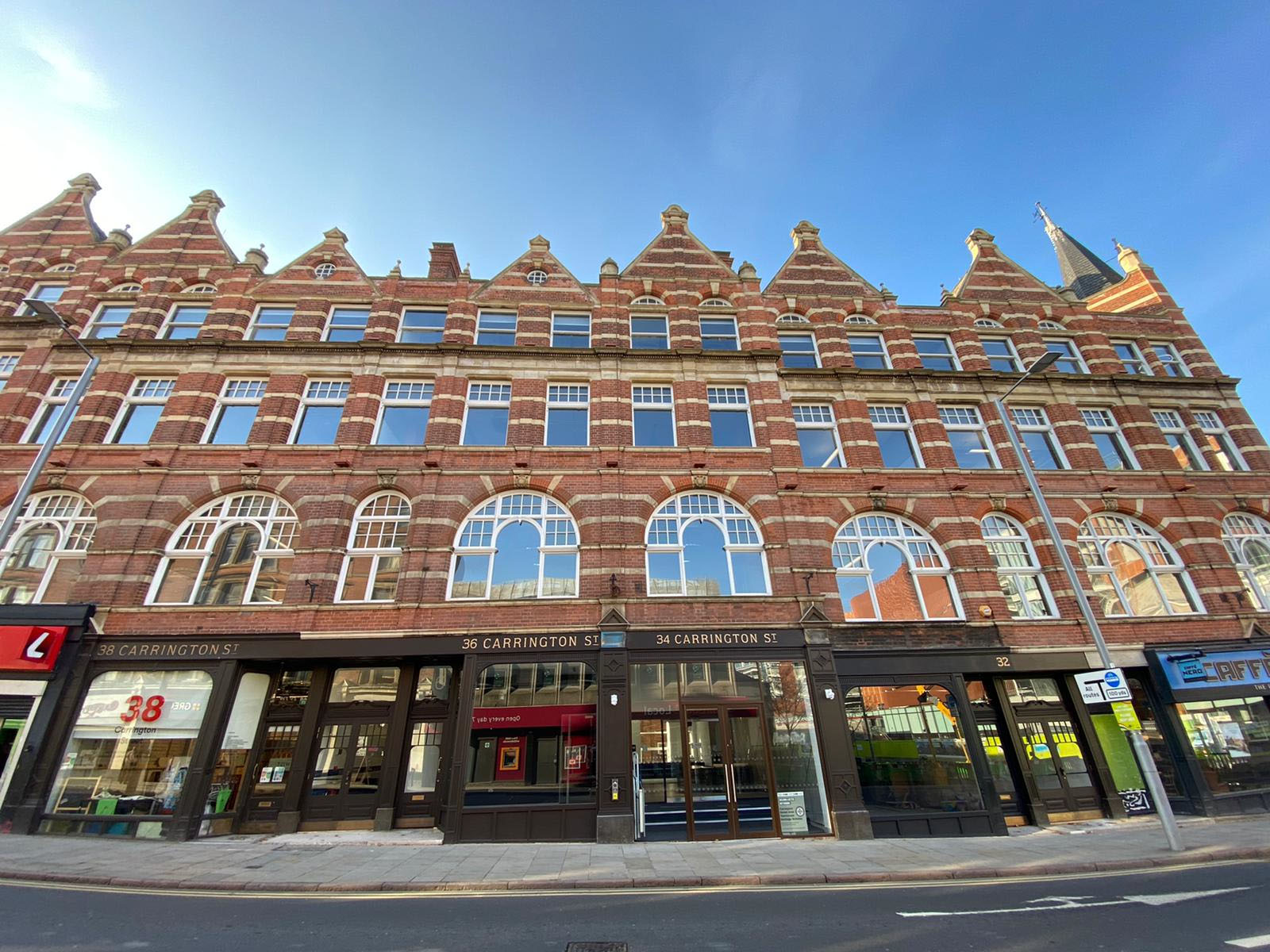 The improvements come as other significant developments are underway in the area to create a much greater welcome to the city – with extensive public realm improvements surrounding the new bus station, car park and central library complex currently under construction, the completed new Nottingham College hub and the imminent start of work to demolish part of the Broadmarsh Centre to open up a fresh new entrance to the city centre.

In 2016, the National Lottery Heritage Fund awarded £682,400 to Nottingham City Council for a five-year scheme to provide grants to eligible owners or tenants of historic buildings. These provided up to 67% of the costs of building repairs or other townscape heritage works, such as the reinstatement of a traditional shop-fronts, in the Carrington Street area.

Images: 38 Carrington Street and Subway before and after

The works at the City Buildings, owned by Shoby Properties Ltd, complement the recent high quality office conversion on the upper floors, carried out on behalf of the building owners by Office Innovations, which includes the careful restoration of the upper floor windows.

City Buildings was designed by Gilbert Scott Doughty in 1896 in a Renaissance Revival Style. Its iconic corner tower was added later. Doughty was an important local Victorian architect, born in Lenton in 1862 and responsible for seven listed buildings in the city, including a run of buildings on Derby Road and the Thurland Hall Public House. One of the building’s first and best known tenants were Redmayne and Todd, a sporting equipment merchants who moved into the corner unit in 1903 until 1993.

In a prominent location for visitors into the city, City Buildings is one of the first buildings seen on arrival from the south or Nottingham Station. This significant transformation has not only helped to preserve and uncover its rich history, but also revitalise the area, which will help drive increased activity along the street, and help aid the recovery of the businesses, as the city recovers from Covid-19 and lockdown restrictions are eased.

A number of privately owned buildings have benefited from the grant funding scheme since it started in 2016, many of which are small independent businesses. On Carrington Street this includes; The Barley Twist, Gordon House, and The Urban Room at No. 38. On Station Street, Hopkinson’s and a former Police Station. Works to reinstate a Victorian stained glass canopy at the Gresham Hotel, are also now nearing completion, and show the value and impact the grant-aided scheme has had in bringing back the quality of historic details and restoring Nottingham’s historic and unique character in the area, transforming this important gateway into the city.

Images:The Gresham Hotel stained glass canopy, before and after

Cllr Linda Woodings, Portfolio Holder for Planning, Housing and Heritage at Nottingham City Council said, “We’re pleased to be working closely with building owners and businesses in the Carrington Street area to help restore and preserve of some of the buildings historic character, which otherwise might have been lost.

“The south side of the city centre is undergoing a major transformation, and Carrington Street is one of the first views visitors see when travelling into the city. This scheme is not only helping to improve the look of this busy pedestrian route and transform the Carrington Street area back into the impressive gateway it once was, but it is also helping to preserve and restore some of Nottingham’s important historical features and character for future generations to come.

“Heritage led regeneration not only helps to revitalise and bring vacant units back into use, but can also act as a catalyst for further investment, which will be really important for Nottingham as the city recovers from Covid-19 and lockdown restrictions are eased.”

Anne Jenkins, Director, England, Midlands & East at The National Lottery Heritage Fund, added: “We are delighted that National Lottery players’ money is helping Nottingham’s Townscape Heritage scheme go from strength to strength. Repair of this building has been a high priority for funding from the outset and we’re thrilled to celebrate the completion of the scheme.”