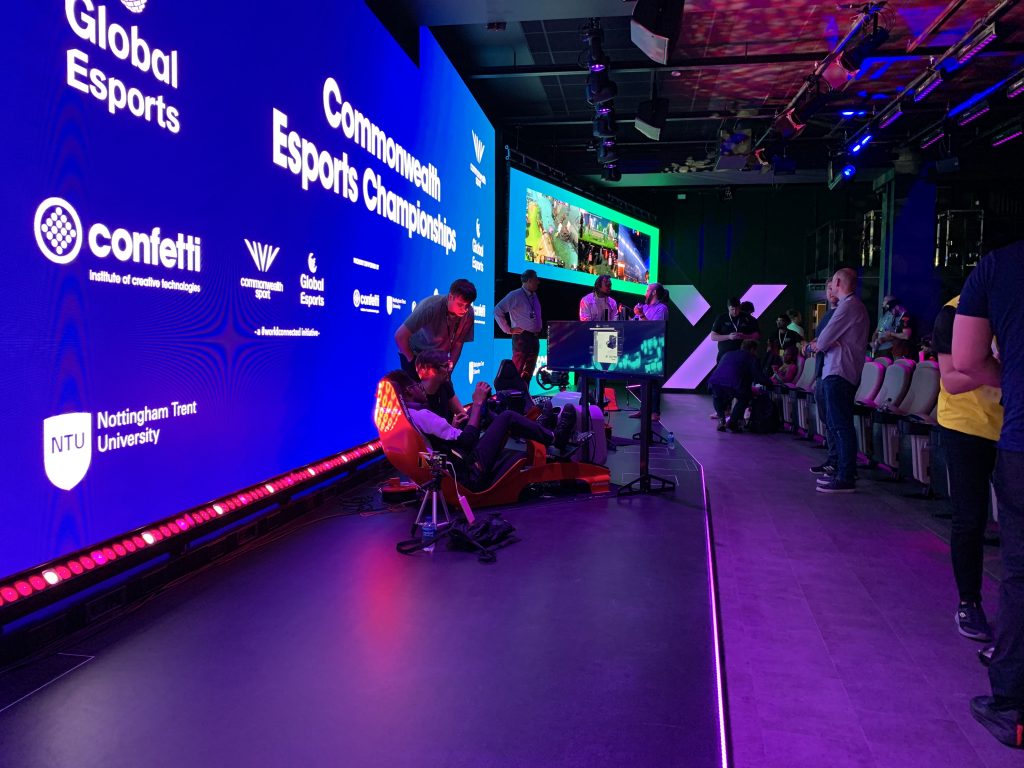 Specialist education provider, Confetti Institute of Creative Technologies,  has announced a ground-breaking partnership with GGTech and NUEL, leading hosts of university esports tournaments across Europe, to promote and further develop esports in the UK. The partnership will see NUEL relocate its head office to the Confetti campus in Nottingham for closer collaboration with the institute. The strategic move will see NUEL gain access to Confetti’s 25+ years of industry expertise and contacts across all major production technologies within live events, TV, film, music, and games, whilst also levelling up their broadcast production values through access to Confetti’s top-specification facilities.

Opportunities for students to develop their skills

Under the direction of GGTech, NUEL organises Amazon UNIVERSITY Esports tournaments in the UK and Ireland, and this partnership with Confetti aims not only to strengthen the competition and get new participants involved, but also to raise the standard of opportunities for students interested in a career in esports.

Therefore, NUEL will strengthen Confetti’s ‘Do It For Real’ ethos, providing their students with regular paid opportunities to work on many event broadcasts for tournaments nationwide, while GGTech will do likewise internationally, for example with collaborations on the broadcast of the pan-European Amazon UNIVERSITY Esports Masters competition, held this year in Alicante (Spain).

The news comes as the institute prepares to officially open Confetti X – a new £5m, 14,000 sq. ft dedicated esports production complex in Nottingham. Confetti X brings together years of expertise in live events, content creation, streaming, and competitive gaming. The complex is a space for students to access the very best facilities and technology for esports production and other emerging technologies, and has already played host to amateur and professional esports tournaments, including the British Esports Student Champs Finals and the qualifying rounds of the inaugural Commonwealth Esports Championships.

Confetti X will become NUEL and GG Tech’s default UK venue, where they will host major university esports tournaments at the facilities, allowing students to run the production of the event, with the primary goal of increasing the awareness and accessibility of careers in the esports industry.

The leaders of the companies showed their enthusiasm

“Alongside our longstanding partnership with the British Esports Federation, this exciting initiative with GGTech and NUEL will further support our mission to shape the future of esports education. We are excited by the opportunities set to be created and are thrilled that NUEL has chosen our campus and Nottingham as its UK base. Our partnership highlights shared ambitions to help advance esports as an inclusive and innovative industry, and I am certain that, together with our new esports production complex Confetti X this is another step towards making Nottingham a hub of the UK’s esports industry”.

“After the success of our Amazon University Esports tournament in April, we are delighted to continue our collaboration with Confetti who are helping lead the way with their university education and their facilities. It is great that we can continue to help the next generation of students lead a career in esports whether it be in events production, game design, or casting.”

“It is an exciting time for the esports industry which is growing by the day, and with that creates a plethora of opportunities in this field for university students to thrive in. Confetti’s work supplying university courses has been excellent for encouraging people to pursue a career in esports, and with their upcoming Confetti X complex, students will be able to gain valuable work experience using industry-grade facilities.”

“Our shared goal is to continue improving the grassroots esports scene and levelling up services across the country for the latest wave of students who are poised to shape the esports industry. Through cultivating a positive environment and supporting student careers, we can collectively grow grassroots esports which will help the industry as a whole.”