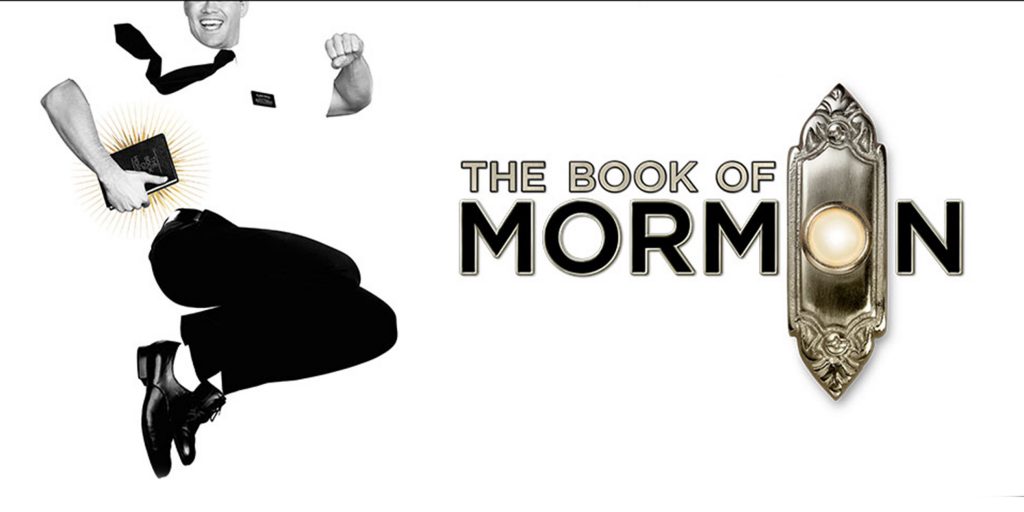 AN EXTRA PREVIEW PERFORMANCE HAS BEEN ADDED TO THE UPCOMING SEASON OF THE BOOK OF MORMON AT NOTTINGHAM THEATRE ROYAL ON TUESDAY 16 AUGUST, 7.30PM

An additional preview performance is announced today for the upcoming Nottingham season of The Book of Mormon, on Tuesday 16 August at 7:30pm at Nottingham Theatre Royal. This will be the first chance for fans to see the much-anticipated Broadway smash hit.

All tickets for this preview performance will cost just £10 and are only available in person via the Nottingham Theatre Royal Box Office from 10am on Saturday 13 August 2022.

Up to two tickets may be purchased per customer on a strictly ‘first come-first served’ basis. Valid ID must be shown during the transaction (this ID will be used for identification on the day of the performance). All tickets are subject to availability and cannot be re-sold

The Book of Mormon is the smash-hit musical written by Trey Parker, Matt Stone and Robert Lopez that has been seen by 17 million people so far around the world.

Robert Lopez co-created the Broadway musical Avenue Q and co-wrote the songs for Disney’s Frozen and Coco. He is the first person ever to have become a double ‘EGOT’, winning at least two of each of the four major entertainment awards – Emmy®, Grammy®, Oscar® and Tony® Awards.

The Book of Mormon is co-directed and choreographed by the Tony®, Olivier®, Drama Desk and Outer Critics’ Circle Award-winning Casey Nicholaw. His many other Broadway and West End credits include

The Book of Mormon follows a pair of Mormon boys sent on a mission to a place that’s a long way from their home in Salt Lake City.

The cast of The Book of Mormon on tour is led by Robert Colvin as ‘Elder Price’, Conner Peirson as ‘Elder Cunningham’, Aviva Tulley as ‘Nabulungi’, Jordan Lee Davies, Ewen Cummins, Johnathan Tweedie and Thomas Vernal.

Since making its world premiere in March 2011 at New York’s Eugene O’Neill Theatre, where it won nine Tony® Awards, including Best Musical, The Book of Mormon has been performed on three continents and won over thirty international awards. The musical has smashed long-standing box office records in New York, London, Melbourne, Sydney and in cities across the U.S.

The London production opened in February 2013, winning four Olivier Awards® including Best New Musical, and breaking the record for the highest single day of sales in West End history. It continues to sell out every performance at the Prince of Wales Theatre.

The first ever UK and European tour launched in Manchester in June 2019, winning ‘Best Theatre Show’ at the Manchester Evening News City Life Awards, before selling out in venues throughout UK and across Europe.

The Book of Mormon is produced by Anne Garefino, Important Musicals and Sonia Friedman Productions.

General tickets for the remainder of the run can also be purchased online at TRCH.co.uk or by calling the Box Office on 0115 989 5555.