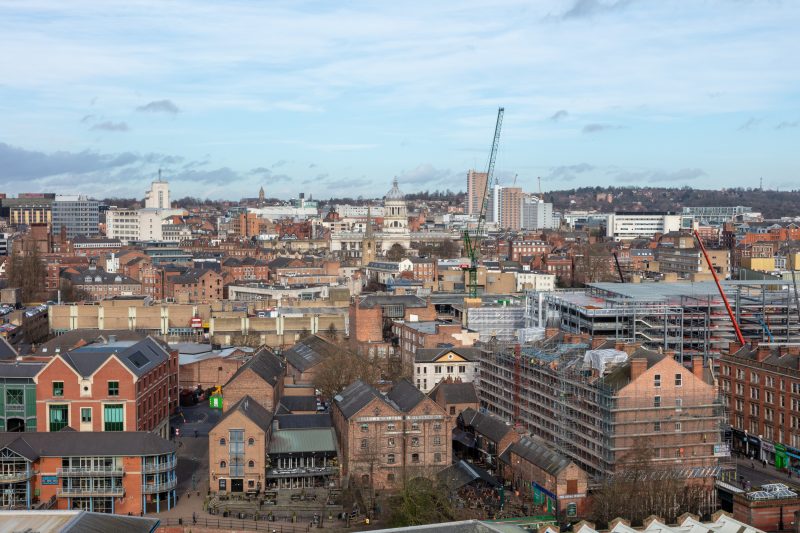 Nottingham is expected to have one of the fastest growing city economies in the UK over the next three years, according to a major new report.

The Regional Economic Forecast published by financial services company EY predicts that Nottingham’s economy will expand by 2.1 per cent per year between 2020 and 2023, putting it alongside Manchester (2.2%); Bristol (2%) and Cambridge (2%) as the UK’s fastest growing cities and outperforming overall growth for English regions of 1.8% and for the East Midlands of 1.6%.

Employment in the city is expected to grow at an average rate of 0.9 per cent per year up to 2023, higher than the East Midlands average of 0.6% and the overall UK rate of 0.7%.

The East Midlands as a whole had the UK’s fastest growing regional economy in 2019.

Councillor David Mellen, the Leader of Nottingham City Council, said: “Nottingham is undergoing a massive regeneration at the moment with £2 billion of developments on the city’s Southside well underway and more in the pipeline.

“This new report reflects the positive impact this will have on the local economy and jobs over the next few years.

“The next decade is a big opportunity for Nottingham. With our target to be the UK’s first carbon neutral city by 2028, we’re ambitious for Nottingham to continue to grow and develop in a sustainable way that benefits local people, building an even better place to live, work and enjoy.”