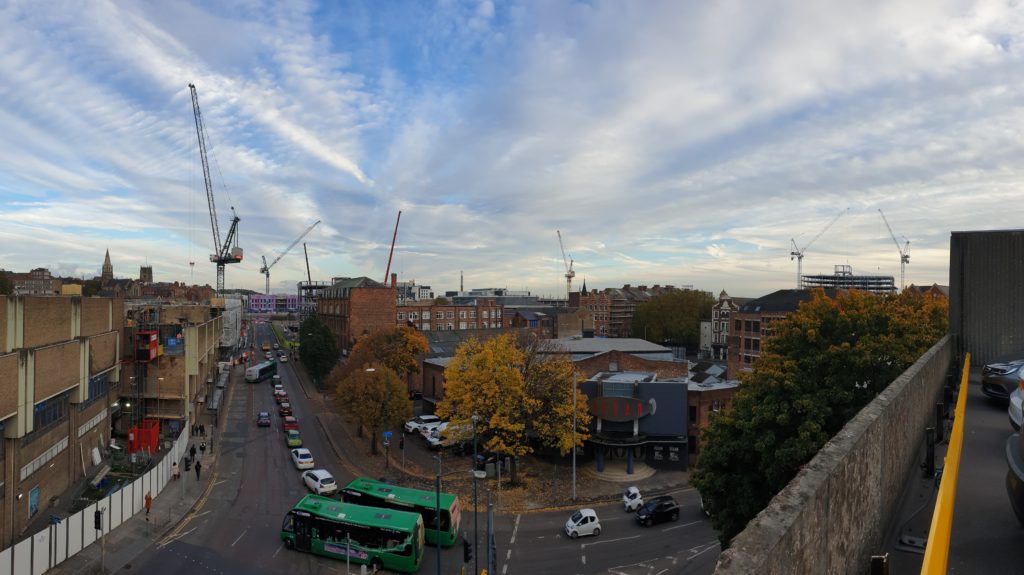 A city in transformation: exciting times ahead for Nottingham

Steeped in legend and history and famed as the home of iconic outlaw Robin Hood, Nottingham is emerging today as an innovative, forward-thinking and fast-growing city. It is currently undergoing one of the biggest transformation programmes of any UK city in this decade, with the £2bn Southside regeneration set to enhance its reputation as a world-class destination.

The ambitious £2bn Southside programme will dramatically transform the southern face of Nottingham, revitalising the entry into the city from the railway station. The regeneration of this unique 0.5sq mile area is set to boost the city into the top six UK retail centres, strengthen the local economy, create thousands of jobs and attract more visitors.

It includes a transformed intu Broadmarsh shopping centre, state-of-the-art Central Library, new bus station, retail units and a new ‘City Hub’ college campus. This development alone is expected to boost the local economy by over £1bn over a decade, create nearly 3,000 jobs for local people and attract an extra three million people a year to the city, bringing with them an estimated £25m increase in spending. The multitude of surrounding developments will provide office space, accommodation units, creative trade floorspace, hotel and retail space.

Overlooking Southside from its vantage point on top of Castle Rock is the iconic Nottingham Castle, which is also undergoing a £30m regeneration and is set to become Nottingham’s flagship visitor attraction. The enhanced visitor experience will include an interactive, virtual reality Robin and the Rebels experience, guided cave tours, a new visitor centre, ambitious landscaping, a unique passenger lift through Castle Rock and new exhibitions and collections.

As the official Place Marketing Organisation (PMO) for Nottingham and Nottinghamshire, Marketing NG is responsible for growing the local economy through encouraging inward investment, attracting business and leisure visitors, student retention and aligning with the local business community.

With the dramatic transformation happening across Nottingham, which is inspiring residents as well as investors and developers, the organisation will be making the most of this once-in-a-generation opportunity to promote the city on the global stage. It is using international events such as MIPIM as a platform to showcase the exciting developments (such as the 40-acre Boots Island site) as well as working with various stakeholders to develop a ‘narrative’ and a campaign to promote the city.

“Nottingham’s Southside is rapidly gathering pace and taking shape, with an unprecedented number of cranes in the sky and fresh announcements from investors and developers now almost a daily occurrence. Galvanised by the transformation currently in process, this regeneration is stimulating investor interest and confidence in the city like never before, and each new development creates construction jobs in the short-term as well as a longer-term boost to the local economy.”

“We’re seeing highly ambitious, impressive and inspiring plans for plots of previously under-used or derelict land, all of which are set to transform the southern face of the city and help it achieve its targets of bringing more residents, visitors and businesses into the city centre, contributing to the long-term prosperity of Nottingham.”