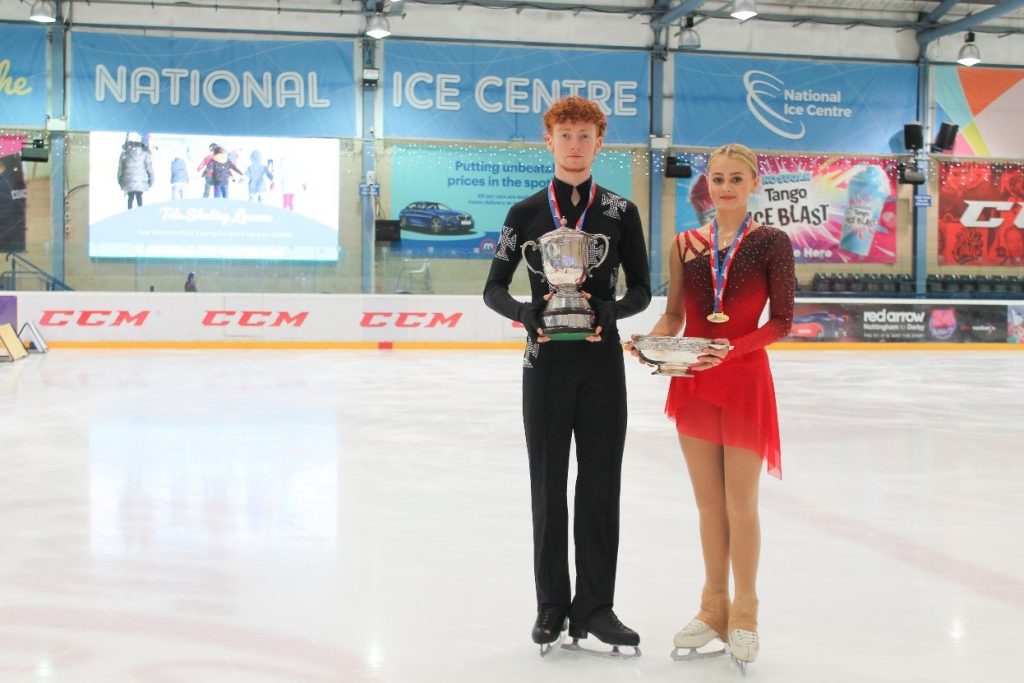 The National Ice Centre Figure Skating Team excelled at this year’s British Championships with three winners in the Junior Women, Junior Men and Junior Ice Dance categories, along with medalists in the Junior Pairs and Advanced Novice Boys.

Taking place at Ice Sheffield on 1 – 4 December, figure skating stars competed for British Championship titles. It was a fantastic event showcasing the very best of British skating talent and the National Ice Centre team did exceptionally well with their results.

Phebe Bekker and James Hernandez, pictured below with their coach, won the title of Junior Ice Dance British Champions with their amazing performance.

“I can feel myself improving in training and it’s great to get confirmation in the competition with such an amazing result. This is a fantastic motivation to continue with my skating journey in 2023.”

“I went to the British Championships with no expectations and I still feel like I’m dreaming. This has been the highlight of 2022 for me and I can’t wait for the next competition.”

Everyone at the National Ice Centre is very proud of these skating performances and we look forward to seeing many more achievements in 2023.