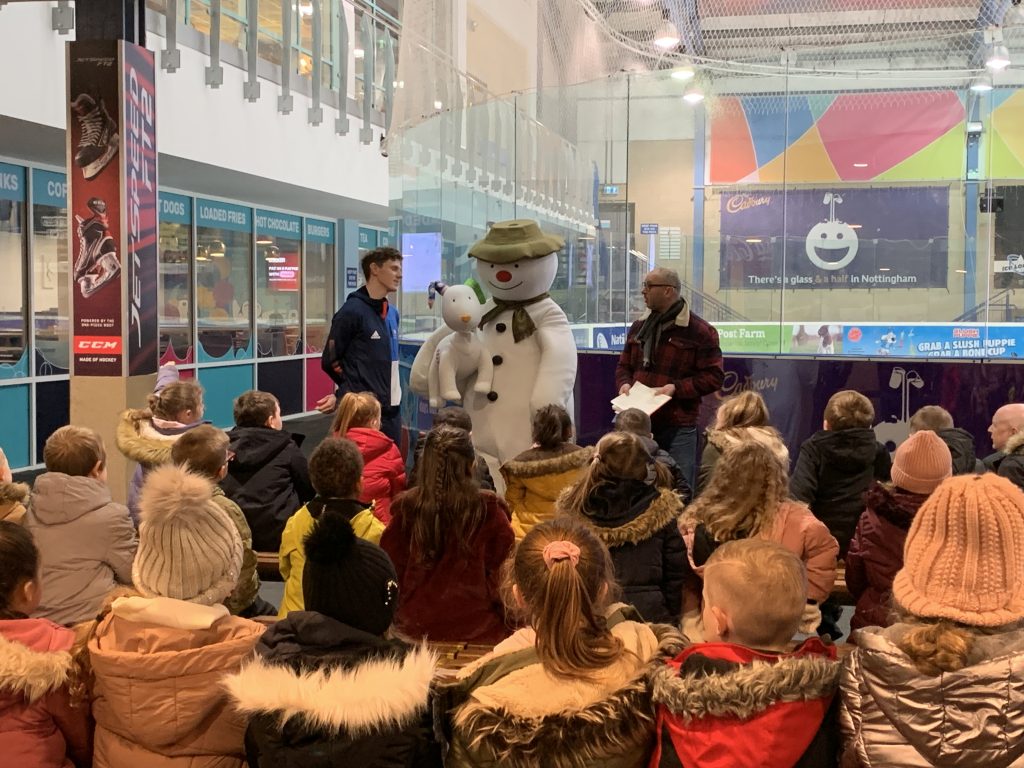 The National Ice Centre bridges the gap between Nottinghamshire and Beijing

Last week The National Ice Centre hosted Team GB’s ‘Bound for Beijing’ campaign, a unique event giving Nottinghamshire school children the opportunity to skate their way to China and talk to a Team GB Olympian. Their recorded distances will be added to the online tracker, but that’s not the only motivation behind the event.

‘Bound for Beijing’ aims to use the Beijing 2022 Olympic Winter Games to inspire young people to get active and try new things, particularly winter sports. Working with British Ice Skating, this event afforded a new opportunity to many of the pupils, as many had not tried ice skating beforehand.

The pupils also had the rare opportunity to ask Team GB Olympian Niall Treacy various questions as part of an intimate Q&A. They learned about Niall’s journey into Short Track Speed Skating, and the important role of the National Ice Centre holds in training our winter sports stars.

The pupils asked about his recent experience in China at the Beijing 2022 Olympic Winter Games, what he loves about the sport and his experience representing Team GB.

Publisher’s Penguin Random House were also in attendance to entertain the pupils as an official Team GB licensee. They brought a story from The Snowman and the Snowdog as well as appearances from the characters themselves in mascot form.

This event also speaks to the outstanding outreach work done by the National Ice Centre, as they frequently bridge the gap between ice sports and schools with their school’s programme, as well as bringing the best and brightest winter sports stars to Nottinghamshire for training or other prestigious events.