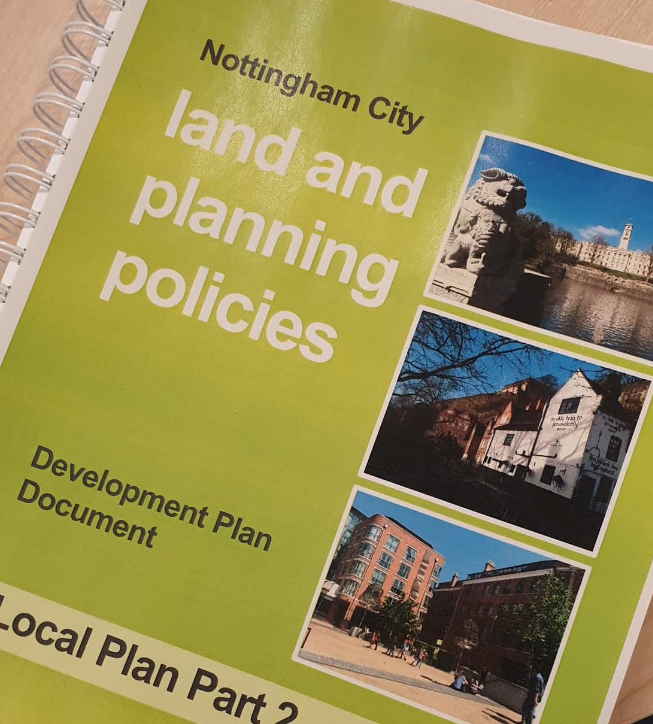 A major citywide blueprint for how Nottingham could develop and grow over the next ten years and beyond has been given the green light.

The Land and Planning Polices Document (LAPP) Part 2 provides guidance to developers on what could be built where and how it should be developed, as well as areas which should be protected from development like open spaces and wildlife habitats. The document sets out the city’s vision, helping to shape how the city develops over the next ten years and beyond.

Planning officers and members of the Planning Committee will now use this document and the policies in it when deciding whether to allow or refuse planning permissions. Developers could challenge planning decisions if they do not align with the council’s planning documents, which include the Local Plan.

As well as identifying which sites could potentially be redeveloped, the council lays out its vision of what type of development could be permitted on each site, such as, office space, retail, food and drink establishments, employment and residential sites, hotels and purpose built student accommodation. The plan also ensures that heritage assets and conservation areas are considered and protected.

At the heart of the plan is a greater emphasis on housing. Policies include, where possible:

The plan also ensures that new developments have consideration for its surrounding biodiversity and environment and that there is a greater requirement for open space.

Consideration is also given to good transport links, creating employment opportunities, the development of out of town locations and the public realm, and improving local facilities and services such as doctors and schools.

Cllr Linda Woodings, Portfolio Holder for Planning, Housing and Heritage at the City Council, said: “This is an important document, which has been developed and consulted on over a number of years. Now adopted, it will help us identify opportunities for growth and set out guidance on what will be permitted and where it will go.

“The sites identified in the plan are not necessarily owned by the council or will definitely be developed, but as the city grows, it’s important that we plan ahead and ensure polices are in place. They will help guide developers and planners to ensure the right things are developed, in the right places and where they are needed for Nottingham and its citizens to prosper.”

A series of informal and formal consultations have taken place on part two of the plan over a number of years, including a public consultation in early 2018. The Government then appointed an independent inspector who held public hearing sessions. Suggested amendments following the hearings were consulted on again in 2019. The inspector approved the plan in December 2019, endorsing the document and confirming its compliance with local and national government planning policies.