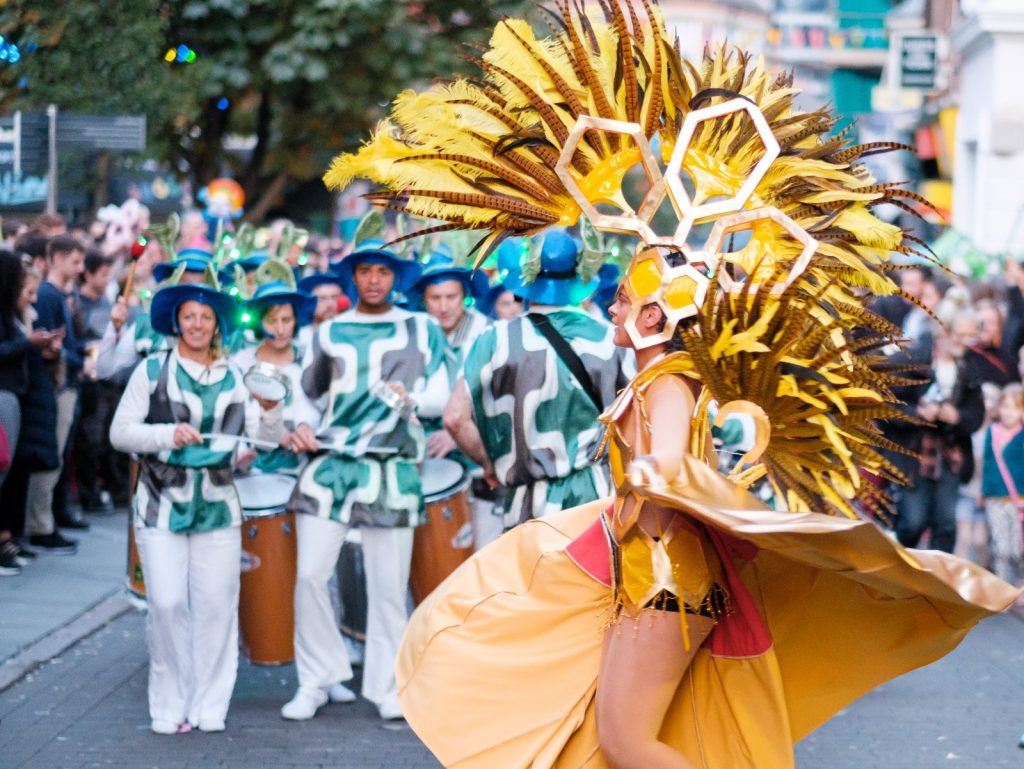 350 artists, 30 venues, five charities and one wristband. It all adds up to the return of Hockley Hustle for the first time in three years following a Covid enforced hiatus.

The all dayer will kick off at 1pm on Sunday 23 October led by a packed line up of the best homegrown talent and emerging artists across multiple venues including Rough Trade, The Angel, The Bodega, Jamcafé, Hockley Arts Club and Bar Eleven.

A jam packed street entertainment programme features a Samba parade from the award winning Can Samba bringing carnival vibes to the streets of Hockley.  A collaboration with Nottingham Street Food Club will see Heathcote Street lined with a tasty array of food vendors and the Broadway Cinema Terrace will be home to Silent Disco DJs, a light show and some special guests popping up throughout the day.

Proceeds will go to support a number of local charities carrying out vital work across the city including Imara, Base 51, Emmanuel House, BME Cancer Communities and a Nottingham food bank.

Support from Nottingham Business Improvement District (BID), the organisers behind It’s in Nottingham, is allowing the festival to provide free access to a number of low income families to come and enjoy the event.

Alex Flint, CEO of Nottingham BID said: “It’s fantastic to welcome back Hockley Hustle. Not only is it a great day out for all ages, it really shines a spotlight on the best of our music talent and the wonderful independent venues across the city. Nottingham BID is delighted to be playing a part in helping more families enjoy this cultural experience.”

Hockley Helles Lager is now supporting the festival, with long term partners Castle Rock Brewery moving its sponsorship to Hockley Hustle offshoot Green Hustle, which will return as a city wide festival in 2023.

Richard Neale, Hockley Brew Co, said: “Hockley Helles Lager is joining with Hockley Hustle to help raise money for local charities, which is what our beer and our city is all about. The collaboration of independent creative industries giving back to our community is core to our beliefs. We are a city of independent thinkers, who are guided by our own tastes but as a collective can make a small difference.”

This year will also see the launch of a development strand for budding event promoters. Sixteen participants have been paired with promoters to shadow their preparation for stages at the event, thanks to the support of Arts Council England.

Hockley Hustle director Ben Welch said: “It’s incredibly exciting to get everyone back together again after such a long time away and it’s important that we’re able to do this to help out the charities. We know the people of Nottingham will be keen to come along and show their support in any way they can. The Hustle is also the best way to showcase Nottingham’s brilliant music scene, it’s pretty special, you’re going to love it!”

The festival donates ticket income, with other funds coming from sale of merchandise and T-shirts. Over the last 15 years, Hockley Hustle has raised more than £200,000 for charity.

Line up announcements and the Young Hustlers programme will be coming soon. Keep up to date at hockleyhustle.co.uk  & thehustlecollective.com