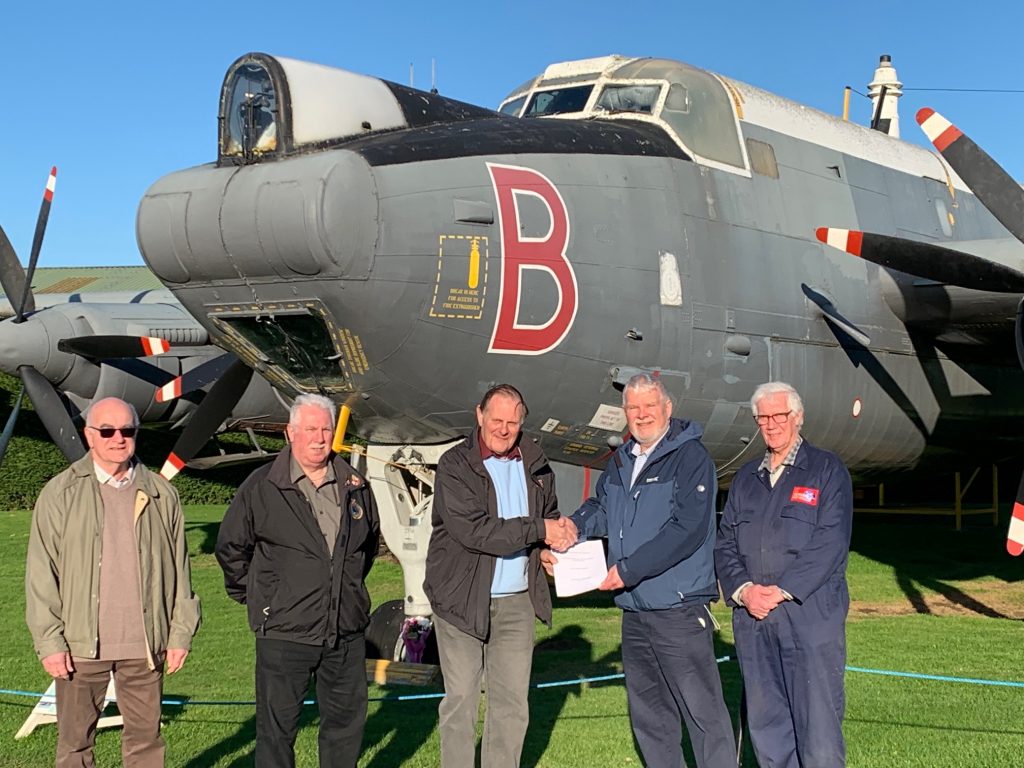 An agreement has been reached between Newark Air Museum (NAM) and the Lincolnshire’s Lancaster Association (LLA), that has resulted in the ownership of the Avro Shackleton, WR977 and the Avro Vulcan, XM594 being immediately transferred to NAM.

Both aircraft have been on long-term loan at the NAM site in eastern Nottinghamshire since they were first acquired; back in 1977 for the Shackleton and 1983 for the Vulcan. In recent years the LLA has been the owner of both aircraft and they have provided financial support for recent restoration and repainting work on both aircraft.

The legal papers pertaining to these transfers were signed on December 15th, 2021, thereby helping to secure the long-term future of these two hugely popular exhibits at NAM. An official handover ceremony will be hosted at the museum in early 2022. Conservation surveys have been carried out on both aircraft and the museum volunteers will be undertaking major restoration work on both of their ‘new exhibits’ in the coming months.

Speaking on behalf of NAM, museum trustee, Howard Heeley commented, “Everyone at the museum is extremely grateful to the Chairman and the Committee of the Lincolnshire’s Lancaster Association, who have generously agreed to the legal ownership of these aircraft being transferred to us.”

“The Shackleton and Vulcan are both special aircraft, which museum members helped to save back in 1977 and 1983 respectively. We are really honoured to now have sole responsibility for their future care.”

He concluded, “Whilst we have some significant challenges ahead with regards to safeguarding these aircraft, we are sure that both the museum members and the general public will help us look after these aircraft for the benefit of future generations.”

Ray Bainborough, Chairman of the Lincolnshire’s Lancaster Association, said, “I am delighted that the Newark Air Museum is taking over the ownership of these two historic aircraft.  It has been a privilege for the LLA to have been their owners over the past years, but the time has come for the museum to be both the location for the Shackleton and the Vulcan, and also the legal owner of the two aircraft. This makes sense from a practical point of view and will better ensure the two aircraft continue to be preserved in the years ahead.”