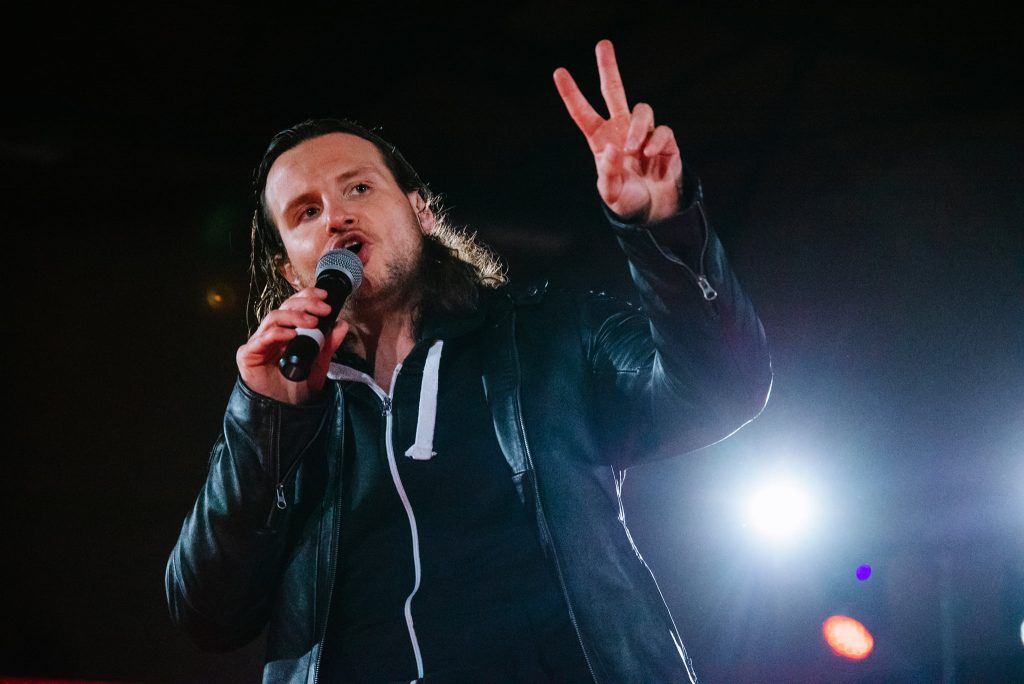 PROFESSIONAL WRESTLER RETURNS TO NOTTINGHAM TO PERFORM IN HOMETOWN

LOCAL professional wrestler, Joseph Conners will be returning to Nottingham for his first match in the city for four years.

Conners, who spent more than five years performing for WWE’s UK brand, first became passionate about professional wrestling in the late 1990’s, having grown up watching the likes of Hulk Hogan, The Ultimate Warrior and The Undertaker, after which he decided to pursue a career after training at Nottingham’s House of Pain Wrestling Academy in Sneinton.

“I am absolutely thrilled to be coming back to Nottingham and taking on Riley Nova. My first professional wrestling match was in Nottingham and a return to my hometown has been a long time coming. I truly feel that I’m at my best at the moment, so I know that I’m physically and mentally prepared to step in the ring and go toe-to-toe with one of the UK’s best up and coming wrestlers.”

Joseph is set to take on fellow Nottinghamian, Riley Nova in what will be the two’s first encounter. Having trained together for a number of years, Joseph became Riley’s mentor – helping him to become a better, more rounded competitor.

“First and foremost, I am delighted to be bringing Wrestle Carnival back to Nottingham following an incredibly successful show at the Portland Centre in January. Having the opportunity to work with Joseph and play a part in his return to his hometown feels fantastic, and alongside the other performers, this show is shaping up to be one of the most exciting we have put on. I hope everyone coming has a great time and leaves with a renewed passion for both British and professional wrestling.”

Wrestle Carnival’s second Nottingham show of 2022 is also set to feature a number of household names, including Max The Impaler, Dead Sad Boys, and Charles Crowley, as well as an impressive line-up of talented men and women from across the UK.

“I have known and trained with Riley for a number of years, so I know how good he is and how much potential he has, but I am more than just an obstacle. I’m not coming to just make up the numbers. I’m going to remind everyone just how good Joseph Conners is.”

For more information about Wrestle Carnival or to purchase tickets, please visit https://www.thewrestlecarnival.com/.