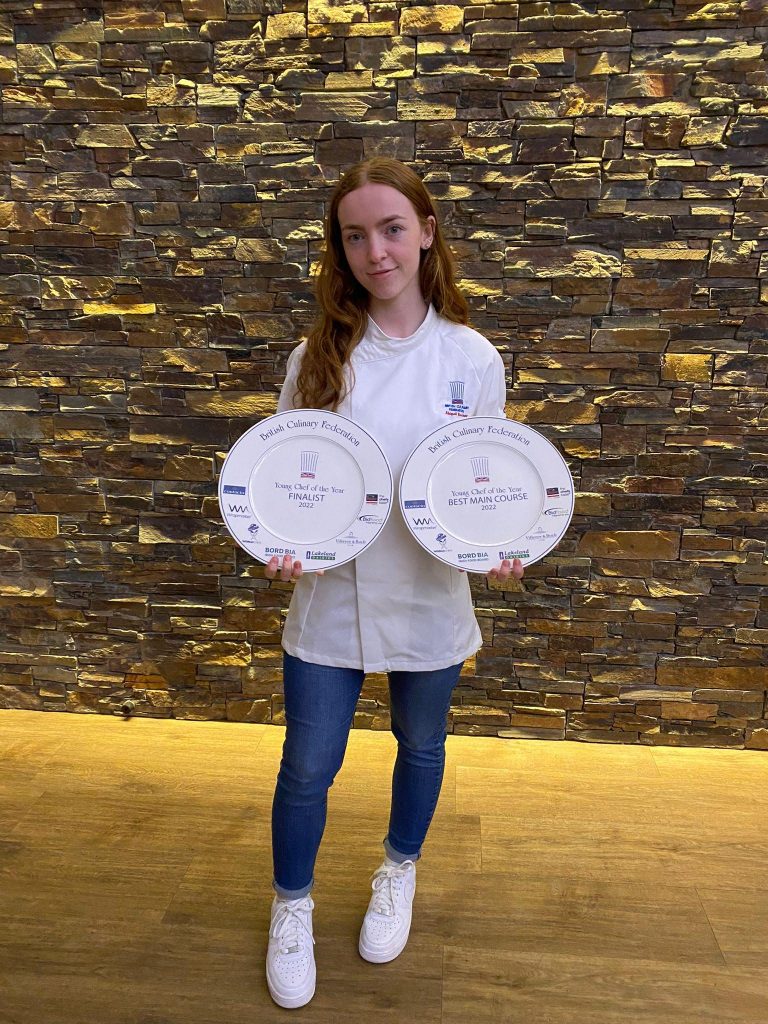 Abigail Bunker triumphed over chefs from the likes of The Fat Duck restaurant and London’s Ritz hotel to claim the coveted title at the British Culinary Federation’s Young Chef of the Year awards, with her dish of beef sirloin with carrot puree, black garlic ketchup, mushroom, beef faggot and bone marrow bordelaise sauce taking top spot.

The 19-year-old, who has worked at Trent Bridge’s elevated dining destination for a year and was competing in such a contest for the first time, revealed that the day had given her a taste for the white heat of competition.

“When they called my name out to say I’d won the award, I was like ‘oh my goodness!’,” she recalled.

“I’m not always over-confident in my own abilities, but to win a category like Best Main Course has helped me to take a step back and think ‘maybe I can do this’.

“It’s definitely given me the confidence to know I can hold my own in these competitions – I know that there might be more pressure on me next year to try and build on what I’ve done this time, but you can’t take a step backwards.”

Abigail’s performance came after weeks of preparation and planning, honing her three-course menu to be cooked under the watchful eyes of a decorated judging panel in a live cook-off.

And despite challenges aplenty along the way, an air of calmness was retained throughout.

“Going into the day, I wondered if I’d be nervous, but I was just enjoying myself!” she said.

“There were a few things to juggle on the day – from the timing of the dishes and getting used to the ovens to sprinting back and forth with my soufflés – but it was all part of the fun.

“All the practice I’d done beforehand really helped, so I was just having a sing and a dance to myself while I was cooking!”

The day proved useful not merely because of the prospect of securing an award – it was also an opportunity to pick the brains of fellow rising stars and seasoned professionals on the judging panel.

“It was quite tense during the day, but it was nice to be able to chat with the other chefs afterwards when things were a bit more relaxed,” said Abigail.

“Lots of them had much more experience of these kinds of events, so it was interesting to talk about how they went about things.

“And it was really useful to be able to chat to the judges more informally afterwards too, and pick up some more hints and tips.

“One of them said I should definitely come and give the competition another go, so I thought ‘if you insist!’.

“It was a really good experience, and I’ll definitely be putting myself forward for things like it again.”

Further information about Restaurant Six is available at restaurantsix.co.uk.