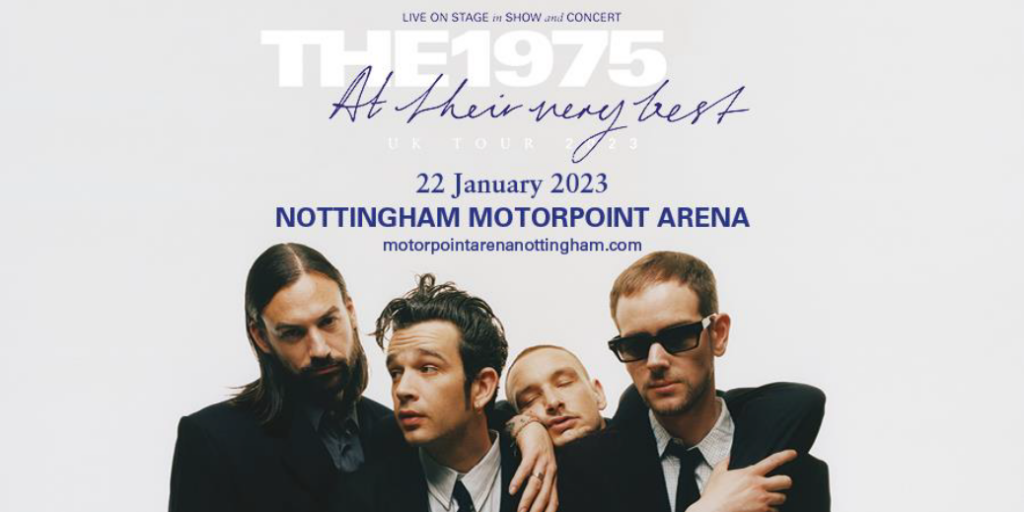 TICKETS ON SALE FRIDAY 9 SEPTEMBER AT 9AM

Formed in Manchester in 2002, The 1975 have established themselves as one of the defining bands of their generation with their distinctive aesthetic, ardent fanbase and unique sonic approach. Today [Thursday 1 September], the brand release their brand new single ‘I’m In Love With You’, coinciding with the news of their huge UK tour.

Starting 2023 with a bang, the ‘At Their Very Best’ tour starts in Brighton and finishes in Belfast, seeing the band embark on this much-awaited tour for an entire month! With their brand, and fifth, studio album ‘Being Funny In A Foreign Language’ due for release on Friday 14 October 2022, this new tour will be jam-packed with new music and hit favourites.

The band’s previous album, 2020’s ‘Notes On A Conditional Form’, became their fourth consecutive No. 1 album in the UK, landing at No. 1 in Australia too. The band were named NME’s ‘Band of the Decade’ in 2020 after being crowned ‘Best Group’ at the BRIT Awards in both 2017 & 2019. Their third studio album, ‘A Brief Inquiry Into Online Relationships’, also won ‘Mastercard British Album of the Year’ at the 2019 ceremony.