FIGHTING poverty and using social media to protest inequality are just a few of the themes that emerged from a national survey that asked more than 2,000 people what Robin or Robyn Hood would be like if he or she were alive today.

With a background of the global pandemic and the heavily politicised protests across the world on race and gender inequality, respondents agreed that Robin would be a male, young activist, with a very relevant and timely place today.

With 99% of people stating that they were familiar with the traditional depiction of Robin Hood, it’s clear that his legacy remains strong. The results showed that an overwhelming majority of people (78%) believe that tackling homelessness and poverty would be the number one concern for the heroic outlaw, with standing up for women’s rights and supporting the Black Lives Matter movement holding an equal second position.

Feedback also revealed that people believe a modern-day counterpart would reflect the folklore with a career as an activist the most popular choice (37%), with criminal (17%) and a charity worker (16%) tying in second place.

Dr Richard Gaunt, Associate Professor in the Department of History at the University of Nottingham, said: “Robin Hood is part of the DNA of Nottinghamshire’s history and has been re-fashioned by each generation to mirror its concerns and priorities. This fascinating evidence demonstrates the continuing power exercised by his legend as well as the causes which animate and empower Nottinghamshire people today.”

Sara Blair-Manning, CEO of Nottingham Castle, said: “We are fascinated by the results from the survey, and how this matches the public’s interest in people such as Marcus Rashford and the important work that he and other well-known people are currently undertaking. It is remarkable to see what causes the nation believes our legendary Nottingham hero would support and how he would look and act today.

“As one of the world’s best loved folk heroes, the activist role shows that people believe that Robin Hood would still uphold the democratic and social justice causes, standing up for the less fortunate and battling inequality. It proves that in 2021, Robin would still be set on helping the disadvantaged, however this time he or she wouldn’t rob from the rich, but campaign for various homelessness charities to help raise awareness and help make a difference to people living on the streets.

“It is also really interesting to see that the people surveyed thought Robin Hood could potentially be a charity worker, on the other end of the scale, a criminal. It is apparent that there is a clear divide between people’s beliefs about Robin’s character and actions. Peoples’ thoughts on the modern-day Robin Hood appear to be at the opposite ends of a good/bad scale.”

Just over half of the people surveyed (54%) also thought that Robin Hood would be male, with the remaining 46% people stating they either did not know or believed that Robin or Robyn Hood would hold another gender identity, including female, transgender, non-binary/genderqueer, gender fluid or agender/gender non-conforming.

Following the survey results, an illustration of today’s Robin Hood reflects the public’s belief that he would be a young man with political badges, using social media for his activism. The image was created by Nottingham-based artist and Nottingham Trent University student Alessandra Centorbi.

Tickets for the newly renovated Nottingham Castle, which are on sale now, include access to new self-led trails of the Castle grounds, brand-new galleries and exciting visitor experiences, combining interactive and virtual technology to reveal the diverse history of the Castle in a compelling and engaging way.

A brand-new bespoke outdoor family adventure playground, named Hood’s Hideout, also forms part of Nottingham Castle’s transformation. The naturally constructed playground, which has been built into the Castle moat, is filled with tunnels, slides and rope bridges to emulate Robin Hood’s Sherwood Forest hideout and is suitable for children of all ages.

The new Castle experience features nine gallery and exhibition spaces inside the Ducal Palace, including Robin Hood Adventures, a gallery dedicated to Robin Hood, providing an immersive, mixed reality experience allowing visitors to travel back in time to medieval Nottingham. The Rebellion Gallery explores the fight for democracy, representation and fairness, whilst the Creative Galleries showcase a remarkable collection of fine and decorative art, including stunning paintings, medieval alabaster sculptures, salt-glazed pottery, Nottingham Lace and much more. In the Temporary Exhibitions space, visitors will be able to see an ever-changing variety of must-see exhibitions and pioneering works from a range of international artists.

With more than 300,000 visitors expected each year, the famous tourist attraction has international significance with 1,000 years of history to its name, on a site rich in archaeology and human interest.

All figures, unless otherwise stated, are from YouGov Plc. Total sample size was 2,000 adults. Fieldwork was undertaken between 22 – 23 September 2020. The survey was carried out online. The figures have been weighted and are representative of all UK adults (aged 18+).

The opening date and visitor offering is dependent on government guidelines and may be subject to change. 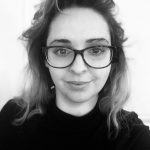