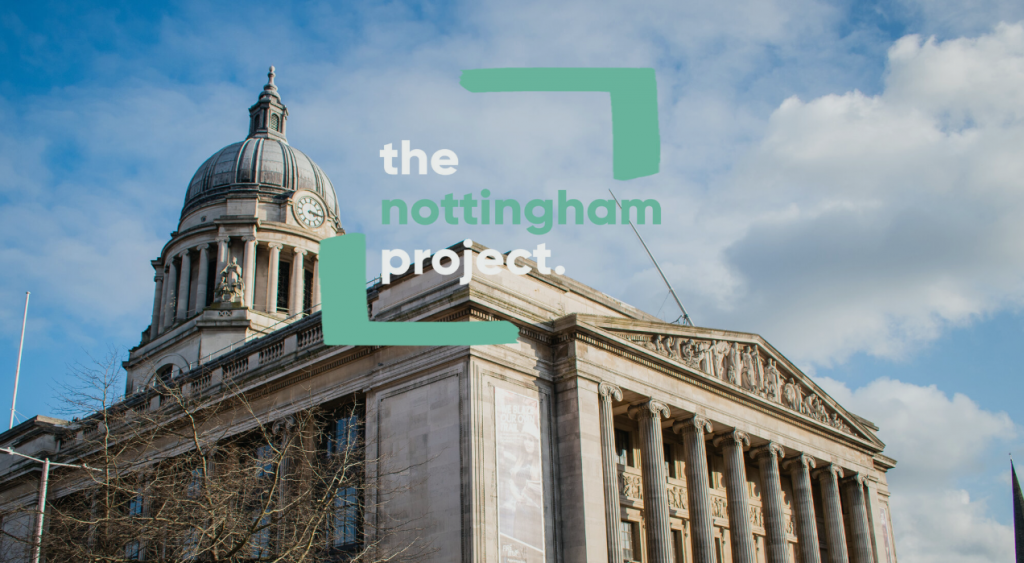 A major new board with the aim of rejuvenating Nottingham after the global Covid-19 crisis has launched today (Monday 13 July) in order to deliver a once-in-a-lifetime opportunity to re-vision the future of Nottingham.

Both of Nottingham’s universities will provide the project with crucial support, following the launch of their flagship ‘Universities for Nottingham’ initiative in January, which emphasises the importance of creativity, culture and local heritage in helping make both Nottingham and Nottinghamshire an outstanding and prosperous place to live, work, study, invest and start a business.

In its first major move, The Nottingham Project has asked Heatherwick Studio, founded by the designer Thomas Heatherwick, to help the city develop a new creative vision and masterplan for Nottingham. This piece of work will be carried out over the summer, through careful consultation with key creative stakeholders and the wider Nottingham public, with the aim of building a vision for Nottingham that places it in the world’s most creative cities over the coming decade.

The newly formed Board will be chaired by Greg Nugent. Born and raised in Nottingham, Greg has gone on to work on major national and international projects including most notably as a Director of the London 2012 Olympic and Paralympic Games Organising Committee, during which time he was responsible for overseeing the Cultural Olympiad.

The Nottingham Project will unite major organisations with some of Nottingham’s greatest creators – the likes of which has never been seen before in the city. Joining as Vice Chair will be BAFTA Award winner Vicky McClure who has long been a leading champion of the creative industry in her home city.

Amongst those also joining the Board will be internationally renowned film and TV director Shane Meadows, local entrepreneur Nathaniel Wilson who has been the driving force behind the hugely successful Nottingham Street Food Club, Sara Blair-Manning, Chief Executive of the Nottingham Castle Trust and Sandeep Mahal, Director of Nottingham UNESCO City of Literature. Representing the world of sport will be double Paralympic Games gold medalist Richard Whitehead.

During the remainder of 2020 the Board will oversee the management and implementation of a number of pieces of activity under the leadership of Lee Walker. Lee joins as Director of the Nottingham Board for Culture and Creativity and brings with him a decade of experience in place shaping work locally and nationally.

Greg Nugent, Chair of the Nottingham Board for Culture and Creativity said:

“Given the events of 2020 and the impact the Covid-19 crisis has had on the creative and culture sector in our city – and around the world – there has never been a more important time for a project of this nature. Quite simply, this is a once-in-a-lifetime opportunity to re-vision our city. It is crucial Nottingham rejuvenates itself and has the ambition to become a world leader over the next decade.

“The creative talent we have in Nottingham is remarkable. What we as a city need to do is harness that talent and potential in order to build something exceptional that creates opportunities within the city as well as putting Nottingham on a global level. That’s why I am proud to have been asked to Chair this new body that we are calling The Nottingham Project – a project for the city and something everyone who lives in Nottingham should feel a part of.”

Vicky McClure, Vice Chair of the Nottingham Board for Culture and Creativity said:

“The events of 2020 have had a devastating effect on the creative industry around the world. In Nottingham we have seen our iconic arts and cultural institutions shut for months and facing a fight for survival. What our city needs is not only a way to rejuvenate itself post Covid-19 but a plan to come back stronger than ever before, which is why I’m delighted and honoured to join The Nottingham Project as Vice Chair.

“I have long been a champion of culture and creativity in our city. I believe we have a unique and inspiring heritage as well as an exciting future, with so much incredible young talent coming through. This is the moment where we can begin to showcase to the world just how amazing Nottingham is.”

“It’s thrilling to be working with the Nottingham Board for Culture and Creativity on this project that we hope will begin to inspire an exciting new future for the city and its cultural and creative economy.

“Covid-19 has shown us that, now more than ever, we need to find ways to stay connected and celebrate the things that bring us together. As a studio that prioritises human experience at the heart of our work, my team and I can’t wait to start working closely with the people who know Nottingham best. Our intention will be to develop ways for the city to harness its rich cultural heritage and extraordinary creative talents to secure its future as one of the most creative places in the world.”

“It has never been more important for Nottingham’s artists, businesses, institutions and communities to come together. We are delighted to support a programme of such ambition and confidence which shares the spirit of collaboration that  also underpins our commitment to our joint Universities for Nottingham initiative, launched earlier this year. Both universities have been long-standing supporters of Nottingham’s cultural and creative sectors for many years and we hope that this investment will underscore the vital role that creativity and culture will play in local recovery and renewal.”

“As Nottingham BID shapes its plan for the next five years, we are delighted to be able to play such an important role in supporting the work of The Nottingham Project and its ambitions of producing a creative vision and masterplan for Nottingham for the next decade. For our city to succeed, we will need to bring forward bold and ambitious plans that drive Nottingham forward in the wake of COVID-19 and the accelerated speed of change in consumer behaviour that we are seeing already.”

The Nottingham Project is calling for the people of Nottingham to help play a role in the future of their city with their ideas, thoughts and creativity welcomed in order to shape the initial creative process. Anyone looking to contribute or is keen to follow the latest news from The Nottingham Project can do so by visiting www.thenottinghamproject.com or following @TheNottmProject on Twitter and @TheNottinghamProject on Instagram and Facebook. People are also encouraged to email their thoughts to future@thenottinghamproject.co.uk