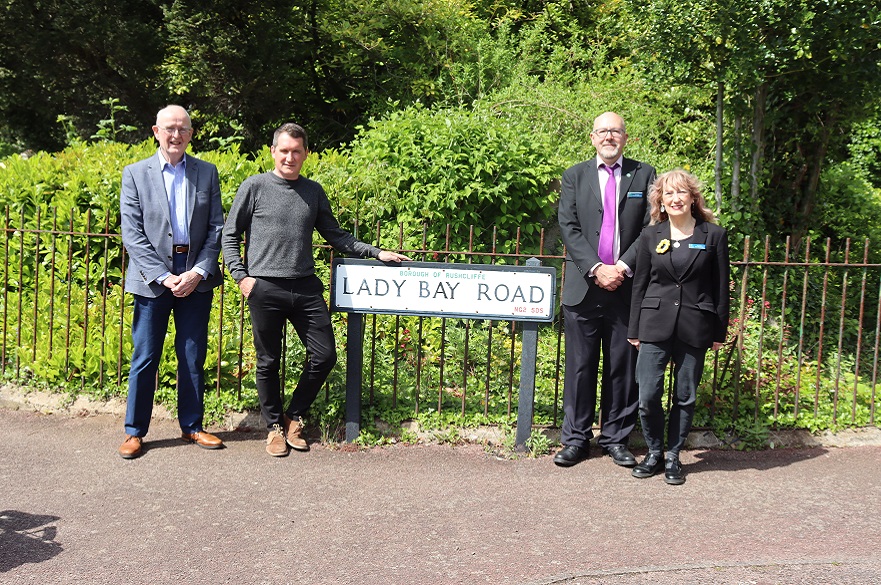 Volunteers are being sought for an academic and community project to bring a forgotten wartime air raid shelter back to life and help schoolchildren learn about its history.

Professor Chris Reynolds, of Nottingham Trent University, is working with Rushcliffe Borough Council to enhance the site of the disused concrete shelter which is located in Lady Bay, Notts, at the junction of Rutland Road and Lady Bay Road.

The university and the council have launched an appeal for members of the public to come forward with any information they have about its history, including oral histories, old photographs, and testimonies.

Professor Reynolds, a professor of History and Memory Studies at the School of Art and Humanities, said:

“This air raid shelter is unknown to many people as it’s barely viewable from the street and has long been overgrown with weeds and shrubbery.

“But I am convinced that, like many air raid shelters, it holds a fascinating history that will be amazing to uncover with the help of the local community.

“It has the potential to provide schools and academics with a live, intergenerational learning opportunity, with older people coming forwards to talk to children about their memories of the site, that will enrich people’s knowledge of the local area and its heritage.”

The project – which currently involves Lady Bay and St. Edmund Campion primary schools but will hopefully be expanded to other local education providers – will also include development of another, uncovered shelter nearby in Abbey Circus.

Discussions are taking place about the erection of information signs, restoration of perimeter fencing, and inviting schools onsite within the gated boundary which is otherwise locked.

The project will involve the Lady Bay Community Association and West Bridgford Historical Association. Plans are being considered for talks to take place at the Heron Well Being Music Café at the Poppy and Pint public house.

Lady Bay Cllrs Sue and Richard Mallender have also been supportive of the project and have explained that:

“As well as enhancing the site’s local history potential we also want to improve this sheltered spot to be a more biodiverse environment.”

“This is a wonderful project that has the potential to bring an important part of West Bridgford’s and Rushcliffe’s history to life.

“Sadly, West Bridgford was sandwiched between the city’s extensive railway sidings and RAF Tollerton and a target from enemy planes during World War Two so the shelters played a vital role in protecting and reassuring the local community.

“Now, Chris, the team at NTU and the Council would love to unearth more information on those who may have a memory or connection to the sites.”