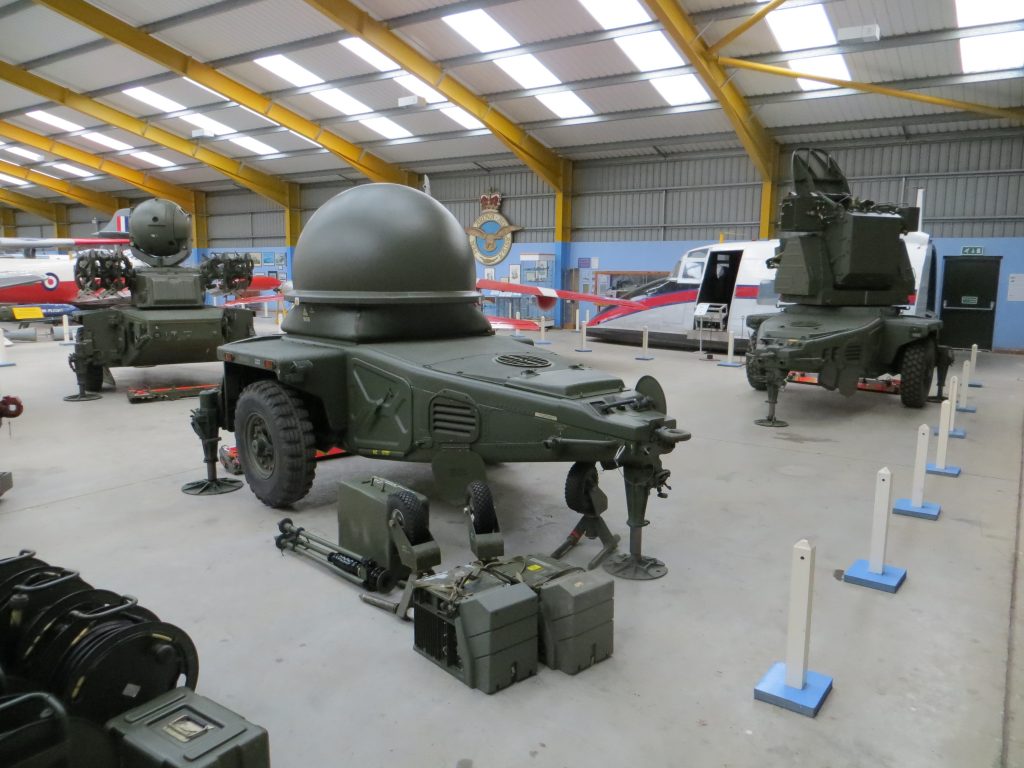 The trustees of the Newark Air Museum (NAM) are delighted to announce that they have entered into an agreement with MBDA UK Limited (MBDA) to accept on loan what is believed to be the only complete example of the company’s famous Rapier Field Standard C (FSC) Ground Based Air Defence system.

The recently deactivated, and now inert, system was delivered to NAM’s site in northeastern Nottinghamshire on Monday 27th June 2022, and will form a display that is unique from any museum in the United Kingdom.

In service since 1971, some Rapier systems are still defending military assets around the world today. Rapier FSC was also the last air defence system used by RAF Regiments to protect its airfields, before the British Army took on that responsibility.

Rapier was even used to help protect the 2012 London Olympics, and had a brief on-screen Hollywood appearance when seen in the 2014 film ‘Kingsmen: The Secret Service’.

The Rapier FSC system complements the museum’s stated wider Collecting Policy and more specifically of that of displaying “Equipment used for the maintenance of aircraft and for the running of airfields, both military … etc.”

Undercover display space has been found for the Rapier Field Standard C System in the south-western section of Display Hangar 2. Not only will the unit’s complement NAM’s existing RAF Regiment displays, but they will also support the recently opened Royal Air Force (RAF) Explosive Ordnance Disposal (EOD) display, which are located in the same display area.

“We are excited and extremely proud to have secured the loan of such a unique set of objects for the collection,” commented museum Curator, Mike Smith. He concluded, “We are especially grateful for the assistance provided by the staff at MBDA, in helping us to establish this loan agreement and to complete the safe move of this Rapier Field Standard C System to Newark.”

“We are proud of our heritage of producing equipment for our Armed Forces that protected our troops, airfields and the UK” said Al Byford, a retired RAF Air Commodore now an advisor at MBDA. He added, “Equipment such as this Rapier FSC is of historical military significance and it is only right we share it with NAM, so those that are interested in such piece of RAF history can visit and see it preserved.”