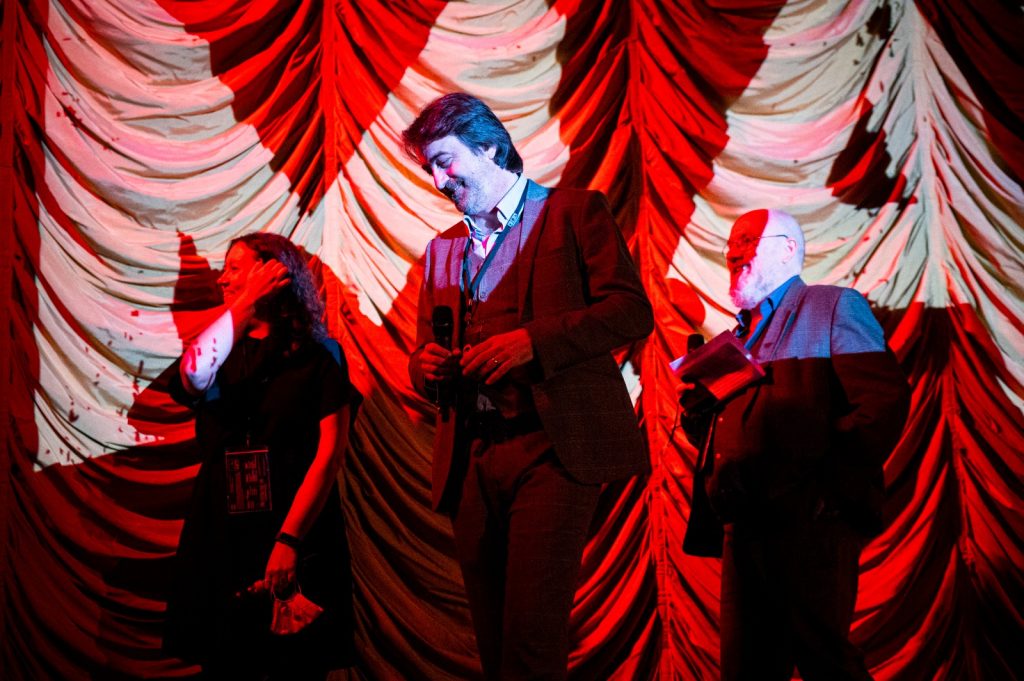 Mayhem Film Festival returns to Broadway Cinema, Nottingham on 13-16 October for its 18th edition and this year sees the weekend take a feline turn with the BFI Film Audience Network (BFI FAN) supported commission, “Night of the Cat” planned for the Saturday night (15 October). Screening as part of IN DREAMS ARE MONSTERS, a UK-wide film season from the BFI, supported by National Lottery and BFI Film Audience Network, “Night of the Cat” – one of four special commissions by leading horror film festivals around the UK – will take over Broadway’s purr-fect Screen 1 with two rare film screenings: Kaneto Shindo’s 1968 Japanese horror film Kuroneko (translated as The Black Cat) will open the night and will be accompanied by a kaleidoscopic live original score from Nottingham-based artist Yumah (aka Lucy Morrow). Then in Mayhem’s late-night cult slot, a 30th anniversary screening of Stephen King’s Sleepwalkers from 1992 will continue the cat theme into the night.

Mayhem Film Festival co-director Steven Sheil cannot wait for the Night of the Cat to begin:

“We’re so grateful for the support from the BFI Film Audience Network as part of BFI’s IN DREAMS ARE MONSTERS season that have made Night of the Cat possible. It’s given us the opportunity to not only show two films that are rarely seen on the big screen, but also commission Yumah to produce an original and evocative score that will mesmerise the audience.”

Caroline Hennigan, Broadway’s Director of Programme, is looking forward to welcoming Mayhem fans from across the UK back to Broadway Cinema:

“Mayhem is one of our biggest weekends of the year, with an amazing atmosphere that always brings in new film fans to Broadway. The Mayhem team – Steven, Chris and Meli – always programme an eclectic and unique festival that gets people talking and we’re sure this year’s line-up with be no exception.”

Early bird festival passes have been flying out of the door and film fans wanting to experience the weekend have until Friday 19 August to purchase at the reduced rate of £75, before the price is increased to £85.

“We’re currently putting together the full line-up for the weekend and will be announcing more titles over the coming weeks. All we can say is that it’s looking like it’ll be another vintage year!”

Further line-up announcements are expected soon, and passes can be purchased from broadway.org.uk/mayhem2022