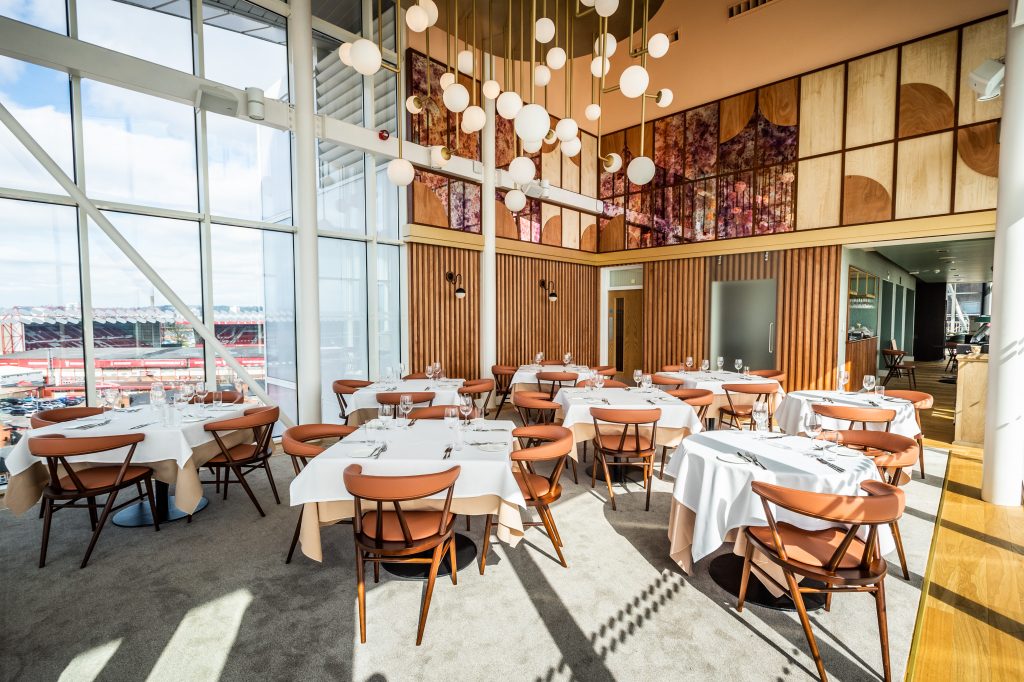 Creativity, craftsmanship and a distinctly 21st-Century approach to realising the potential of produce sit at the heart of Restaurant Six’s newly-announced tasting evenings.

The full menu for the evenings can be found at restaurantsix.co.uk/januarytasting

The seven-course selection, which will be accompanied by the occasional culinary surprise, is the brainchild of Head Chef Harvey Perttola, who appeared in the most recent series of BBC Two’s Great British Menu.

“Any chef of a good standard can cook something impressive with conventional ingredients, but it takes real craftsmanship, effort and dedication to make sure you minimise your food waste and produce something that captures people’s imagination.

“It’s that kind of challenge that I find most rewarding.

“I’m really driven by trying new things whenever we get a bit of downtime – which isn’t often in the restaurant trade! But it’s only by experimenting that you can evolve your dishes and develop new techniques.”

Harvey’s approach is best exemplified by the carrot course on his tasting menu, with custard, carpaccio and crisp components, in addition to oils and emulsions, being crafted using the humble vegetable.

“The reason I’m so proud of that dish is that it showcases how we can maximise the potential of an ingredient,”

“Just by using classical cooking techniques alongside produce in its most natural form, you can create something amazing, and I can’t wait to see what people make of that carrot course in particular.”

The kitchen team at Six includes 19-year-old Abigail Bunker, who recently claimed the British Culinary Federation’s Best Main Course accolade at their Young Chef of the Year Awards for those aged 25 and under.

Harvey, himself a four-time finalist in the BCF’s competition for budding chefs, was particularly impressed by the dedication shown by his Junior Sous Chef.

“She’s done herself proud, and we’re all thrilled for her,”

“Every week she made time to practice her dishes despite the demands of working here at Six, and the whole experience has really helped her to develop as a chef.

“I think it’s really important to push yourself out of your comfort zone. Abigail might only be 19, and there might have been chefs from the likes of the Fat Duck and the Ritz in the competition, but she now knows just how well she compares with her peers in the industry.

“Next time she enters an event like this, she’ll be even better prepared because of the experience she has, and that’s really exciting.”

To see the menu for Restaurant Six’s tasting evenings, and make a reservation, visit restaurantsix.co.uk/januarytasting